By Admin
September 12, 2016newsshowbiz
Controversial actress and television host Kris Aquino has finally decided to leave ABS-CBN...with a remark saying "everybody is dispensable."

"I want to tell you our truth & I pray you'll understand... 20 years ago, I went back to ABS CBN after a year w/ GMA (Star Talk & a Viva produced afternoon talk show). It started w/ Today w/ Kris Aquino & ended w/ Kris Tv. We had a memorable, excellent run. ABS saw me through my worst & my best. I had the chance to be part of career defining shows like TWKA, The Buzz, Game KNB, Deal or No Deal, PGT etc & had iconic movies like Feng Shui & Sukob. We were set to renew our contract February 2016, it was a generous, less demanding agreement but at that time there was a threat to my life we needed to take seriously, I had to regain my health, and I needed time for my family & me. We didn't sign then, I went to Hawaii, came back to campaign, then left again. Our agreement was we'd talk when I got back. That is the risk of taking time for yourself- when you come back there's no guarantee that a space will be held for you. We spoke in July but there was no definite show & no assured time frame of my return on air. I perfectly understood- as much as I wanted to believe I was a pillar of the network, everybody is dispensable. And I say that with no bitterness- just HONESTY. So to all of you saying please don't leave- it wasn't a choice that was just mine to make. I take my share of the responsibility. And I say that w/ so much gratitude in my heart."

"Where am I now? Boy Abunda reached out to Mr. T- Tony Tuviera on my behalf. I had an excellent experience coproducing My Little Bossings w/ MZET, OctoArts, & APT. Our plan was initially just a digital initiative- I know you miss my #foodtrips & my #cooking #recipes #roadtrips & #travel... But maybe my guardian angel in heaven (could it have been you, Mom?) was working overtime & what was an attempt at something new & experimental, evolved into a vision & a presentation that felt perfect for who I am now & for our TV collaboration. Mr. T actually remembered coming to our home in Times Street in 1986 to meet my Mom to produce a show for me when I was 15 years old. 30 years after- dumating na ang TAMANG PANAHON."

Kris made the announcement on Monday, September 11, after 22 years of being a Kapamilya.

She is set to host a TV program with APT Entertainment, Inc., a subsidiary of TAPE Inc., the producer of "Eat Bulaga," which is closely associated with GMA-7, the closest rival of ABS-CBN.

The actress-TV host confirmed having a meeting with ABS-CBN executives in July. Two weeks later, she met with APT bosses Tony Tuviera and Mike Tuviera.

Her last show on ABS-CBN, "Kris TV," aired its final episode last March 23 after she decided to take a break from show business. In May, she became active on the campaign of former interior secretary Mar Roxas, the presidential bet of Liberal Party, the political party of her brother, former president Benigno "Noynoy" Aquino III.

According to rumors, ABS-CBN did not offer Kris with a new contract because the program that replaced her show has high TV ratings and the network doesn't want to be linked by Duterte supporters to the Aquinos. 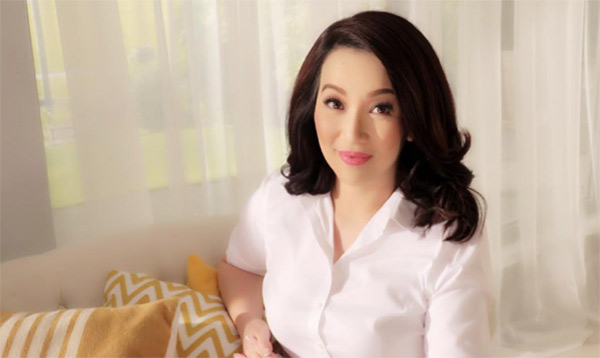