The chief executive made the announcement when he visited the site of Friday night's explosion that killed 14 people and wounded 67 others.

Under a state of lawlessness, it is possible for police and military to nab suspected criminals and terrorists without warrant of arrest.

The President clarified that the declaration has nothing to do with martial law. He said it is just a hightened security measure in which checkpoints would be set up and searches will be conducted in communities to bring to justice those responsible for the bombing. 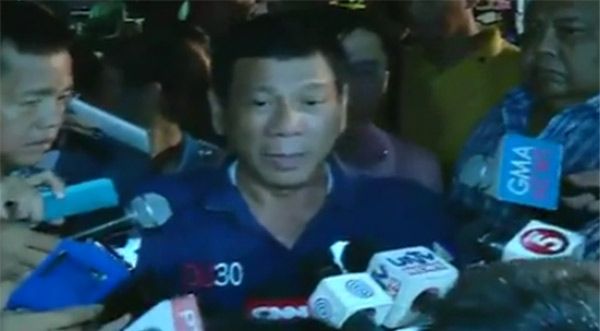 Duterte made it clear that since his administration is not fascistic, people's movements will not be controlled. Fascism is defined as "a way of organizing a society in which a government ruled by a dictator controls the lives of the people and in which people are not allowed to disagree with the government."

The President noted that the bombing incident was a police matter.