By Coolbuster
September 28, 2016newssenator leila de limavideo
Amid issues tagging her as the "Bilibid Drug Queen," a hysterical Senator Leila De Lima broke down and lost her composure in a presscon.

In a press briefing televised from the Senate, the lawmaker read two statements before getting emotional.

De Lima criticized President Rodrigo Duterte for erroreneously linking local officials in his drug matrix which, according to her, is nothing but trash. The chief executive's apology, she said, is a clear admission that there is really nothing in that "ridiculous" matrix that linked her to the drug trade.

De Lima confirmed that the four are part of the so-called "Bilibid 19" whom she transferred from the maximum security compound to the National Bureau of Investigation detention facility during her term as justice secretary.

The senator also said she did not discount the possibility that the stabbing incident is Malacañang's way to persuade the "Bilibid 19" to testify against her at the congressional hearing on the alleged illegal drug trade at the NBP.

De Lima appealed to the Palace to stop what she calls "desperate and despicable" actions and described her critics as "cowards, fools, and liars."

According to her, some close friends advised her to start finding a country to seek for asylum after the President vowed to put her in jail. De Lima said she is not going to leave the country and will continue the fight in her homeland.

De Lima said some "shady characters" are feeding Duterte with wrong information and are taking advantage of the Presiden't personal vendetta.

"All of a sudden, I am now the 'Bilibid Drug Queen' because of these lies these personalities are feeding," she added. 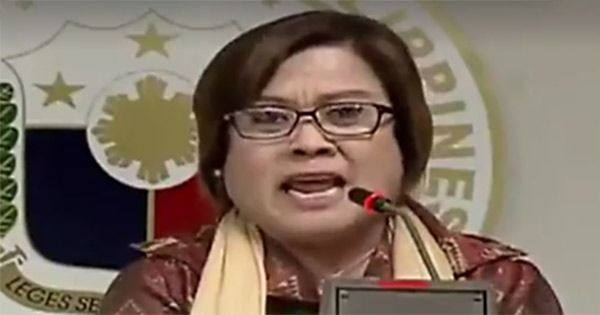