Born Kazuhiko Kosaka, the Japanese singer-songwriter from Chiba of the Furusaka University introduced Piko-Taro in live stand-up performances and decided to create the character's YouTube channel after it became famous.

The Pen Pineapple Apple Pen music video was first published on YouTube last August 25, 2016. Some Japanese online sensations have since posted their own cover of the music video.

As of 7 a.m. today, the original version amassed over 6 million views on YouTube alone. It also elicited hundreds of thousands of funny comments on video-sharing and social networking sites.

In the Philippines, the PPAP dance craze started on September 26, 2016. 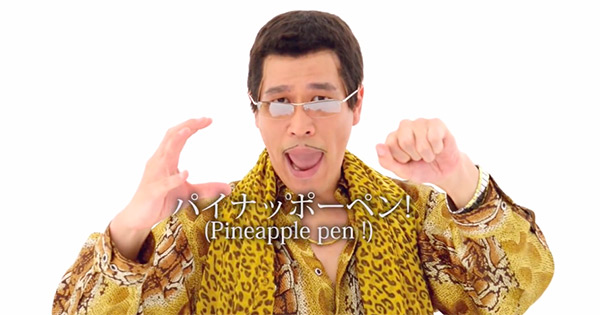