By Admin
September 19, 2016edgar matobatonewspresident duterte
A background check revealed the hideout and true identity of Edgar Matobato, the witness who claimed to be a hitman of the Davao Death Squad.

Members of the Davao City Police Office (DCPO) headed by Police Senior Superintendent Michael John Dubria and guided by retired intelligence officer Jun Apostol went to a slum area along the border of barangays Sasa and Panacan in the Buhangin and Bunawan districts, respectively, to conduct a preliminary background check on Matobato.

Dubria said he wanted to be enlightened about Matobato's reason why the self-confessed assassin implicated Davao City police officers in his group's criminal activities in the past.

"If there is one person who would answer for the killings sa Davao City, I think siya yun," the PNP official said, referring to Matobato who alleged that then Davao City Mayor Rodrigo Duterte had a hand in the summary executions.

According to a former neighbor, Matobato was arrogant and got involved in fights frequently but residents were afraid of him because he usually roamed around with a gun.

Another neighbor said he doesn't believe that Matobato is a hitman as he was not able to retaliate when a certain Verbo mauled him. He added that Matobato's technique was to plant drugs as evidence against his enemies to have them arrested.

After leaving the house that became Matobato's hideout from 2010 to 2013, police authorities said they are planning to visit other areas where the alleged ex-DDS member lived in order to know more about his true personality and real identity. 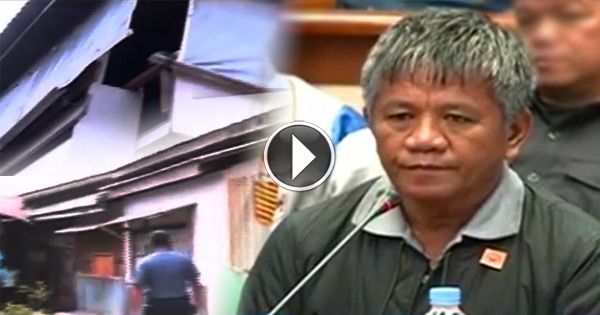