By Admin
September 07, 2016Artist Sketchbombingdavaonews
The Special Investigation Task Group has released the composite and artist sketches of the prime suspect in the Davao night market bombing. 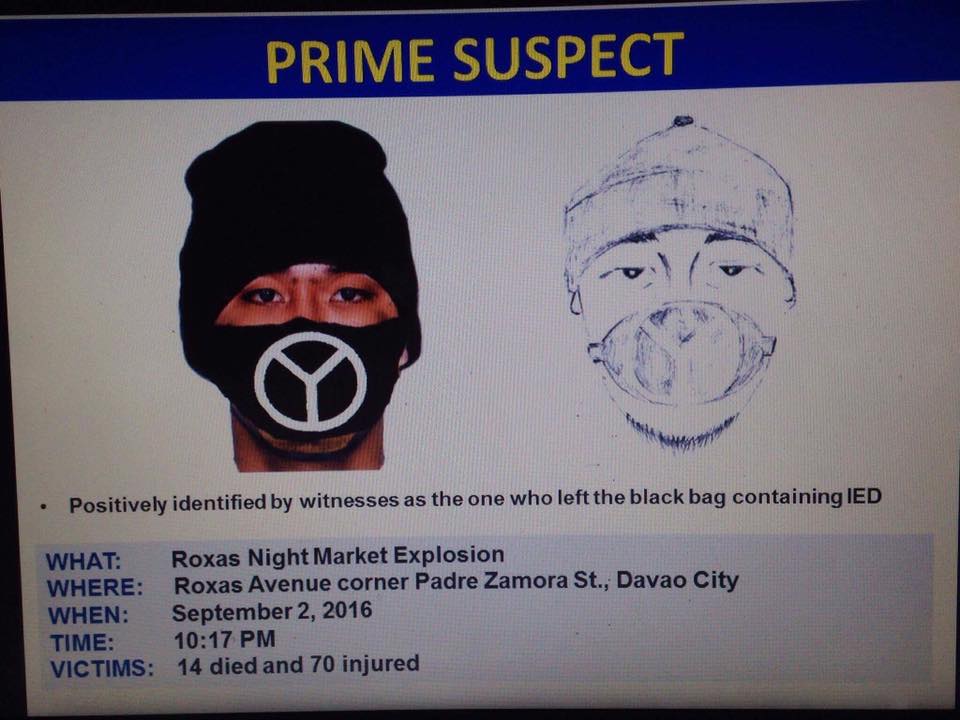 The Abu Sayyaf Group claimed responsibility for the terror attack.