By Admin
September 03, 2016abu sayyafbombingdavaoexplosionnewsterrorist attack
The Abu Sayyaf Group has claimed responsibility for the Roxas night market bombing in Davao City that killed 14 people and injured 67 others.

The report from correspondent RJ Rosalado was posted by the ABS-CBN News Facebook page Saturday morning, September 3, several hours after what is believed to be an improvised explosive device exploded at the massage area of the blast site.

The Department of National Defense, meanwhile, blamed the ASG for the deadly explosion.

Defense Secretary Delfin Lorenzana said he has ordered the Armed Forces of the Philippines to be on high alert in urban centers for possible other terroristic act attempts by the group, GMA News reported.

Earlier, President Rodrigo Duterte declared a state of lawlessness over the city. He said it is not martial law but a hightened security measure in which checkpoints would be set up and searches will be conducted to bring to justice those responsible for the bombing.

The chief executive emphasized that Friday night's bombing incident was a police matter.

The Davao City bombing occured after the ASG warned that they will retaliate against the intensified military operations in Sulu.

Abu Sayyaf spokesperson Alhabsi Misaya called on all Tausugs to join the jihad (holy war). In a text message, he said the ASG and government troops "will test each other in a liberation" starting September 1.

Malls, churches, and other public areas in Davao are now under the close watch and guarding of the military and police following the terrorist attack. 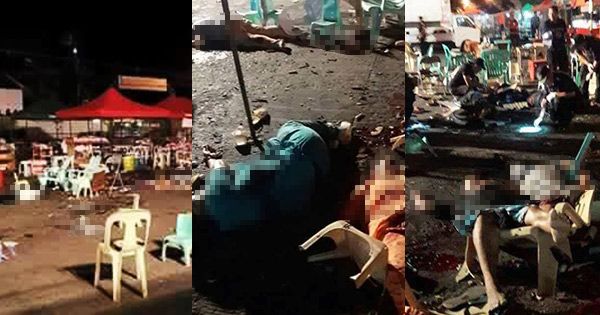