The revelation came after President Rodrigo Duterte mentioned the first name of De Lima's new lover in a televised interview.

In his Facebook account, CitiSen Jee, Estrada posted pictures of Warren, who is said to be an MMDA traffic enforcer, and his cars, vans, motorcyles, and jeepneys.

He said in the caption:

[Since the President already mentioned the name of the person who is linked to Leila De Lima, Warren Cristobal, here is a photo of him pouring water on the Senator. Look at the cars owned by Warren.

My question for Leila - did you buy the vehicles of Warren? The jeepneys, cars and motorcycles?] 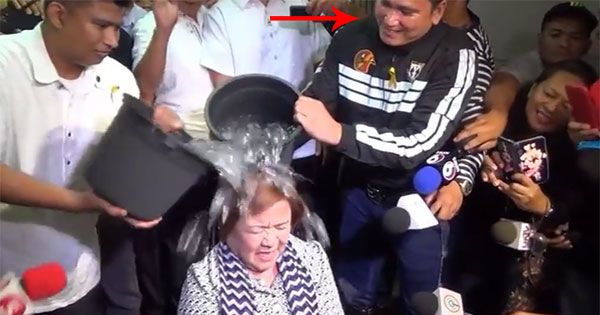 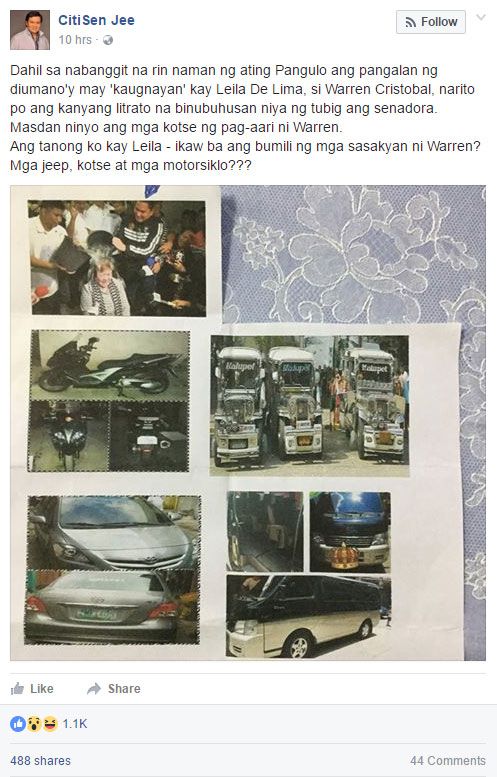 Meanwhile, netizens have been sharing a video of De Lima when she took the 'Ice Bucket Challenge', in which one of the two men who poured iced water on the Senator is Warren, based on Estrada's revelation.

De Lima has yet to respond or release a statement regarding this issue.