The presidential daughter confirmed Friday that she is seven weeks pregnant.

In a statement read by city information officer Jefry Tupas, the 38-year-old mayor said her pregnancy is "delicate," the reason why she is rarely seen in public recently.

"They are doing well on their 7th week... I am having a hard time with the symptoms as well as the complications of a multifetal pregnancy," she said in her statement.

Duterte, who is married to lawyer Manases Carpio and already has two children, vowed to continue to work and perform her duties despite her pregnancy.

However, she apologized if her constituents cannot see her in crowded places. Her doctor advised her to "to lessen the chances of acquiring infections." 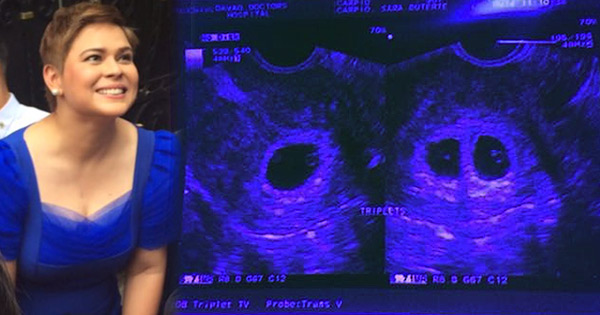 Here's the full text of her official statement: 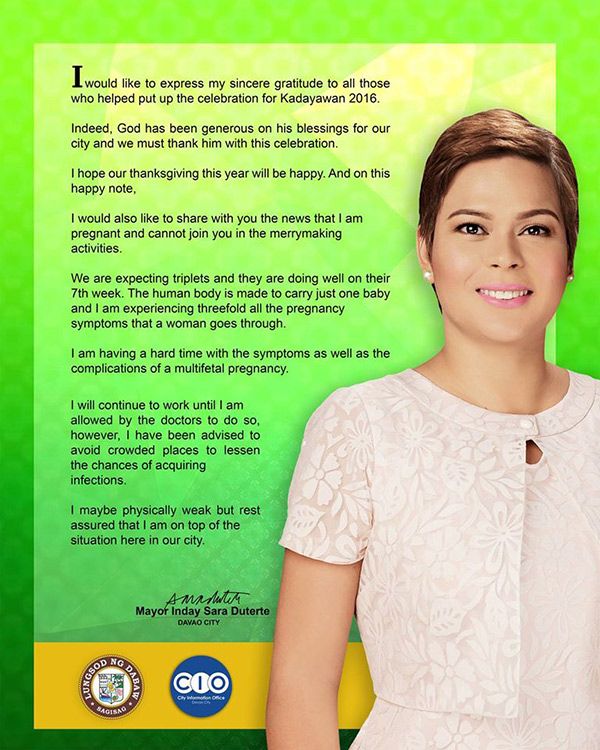