De Lima's dilemma: Will she, the gov't, or narco-generals 'eliminate' her 'driver-lover'?

By Admin
August 21, 2016newspresident dutertesenator leila de lima
De Lima's dilemma according to netizens: Will she, the government, or the so called narco-generals "eliminate" her driver and alleged lover?

After President Rodrigo Duterte linked both Senator Leila De Lima and Ronnie Dayan to illegal drugs, the latter might be "silenced" by either of the three. 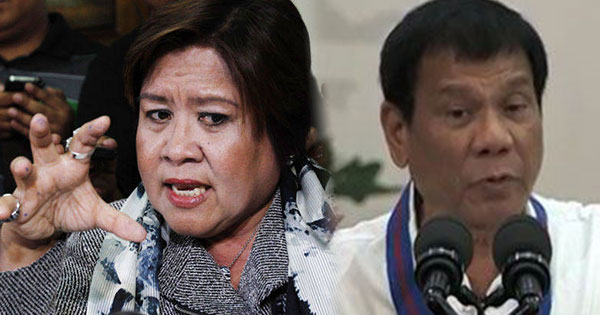 The Du34s / Duterte Force Facebook page has presented some logic:

- If De Lima proceeds to have him killed she eliminates a key and crucial witness to her drug ring connections.

- If the government proceeds to have him killed they will have a hard time finding out the truth and building a case.

- Will the other powerful generals, officials involved in De Lima's lover boy operation stand idly by? Logic tells us they will want to eliminate Mr. Lima Driver too.

So in conclusion, why the heck is De Lima insinuating ahead that her boy toy is receiving death threats? Is it to pre-condition the minds of the people ahead of actually killing Driver McFckme herself and then put the blame on President Duterte?"