By Admin
August 10, 2016newsshowbiztrending topic
"Kawawa naman..." Filipina comedienne Cacai Bautista has been banned from coming near to Thai actor Mario Maurer, according to reports.

The 'Crazy Little Thing Called Love' star came back to the Philippines over the weekend to promote Thailand tourism as the country's newest brand ambassador. It was his second visit to Manila since the meet and greet event promoting the popular clothing brand Penshoppe in 2013.

In an interview with the Philippine Star at the Dusit Thani Hotel last Saturday, Mario said he missed adobo and his co-stars in 'Suddenly It’s Magic', a 2012 romantic film he top billed with Kapamilya actress Erich Gonzales.

One of Mario's co-stars in that movie was Cacai, who was linked to the actor after photos of them together in Bangkok went viral online. Rumors that the two were dating circulated via social media since. 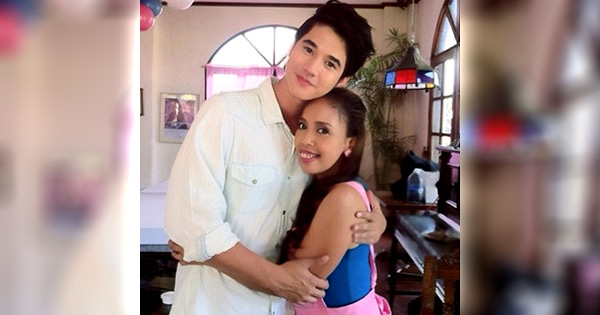 They became close back then. In fact, rumors that Cacai became Mario's new girlfriend spread like wildfire at the time. Now, the comedienne is reportedly barred from going near the actor.

"Based from my last meeting with the Thai agents of Mario Maurer in Bangkok, they have advised Mario since 2013 to keep a friendly distance to avoid rumors of a romantic affair with the comedian.

Those gossips created are false and we are well aware of the source of such malicious story. That person has since been banned and as I understand security has been tightened around the actor for all official trips to the country.

The Thai reps has also kept records of news clips tracked in the Philippines and have consulted with their local partners on how to best manage the negative impact (of the false rumor) on the reputation of the actor.

Since the story broke in 2013, Mario has kept quiet and respectful as this is the Thai way thus allowing the malicious and the desperate to propagate a false story. I remain consistent that such lies should never have been promoted in the first place."

The publicist addressed the issue after Cacai apparently mentioned her name in a reply to a post of ABS-CBN entertaint news reporter MJ Felipe. The actress-comedienne's comment read:

"It is no laughing matter for the comedian to namedrop me in her social thread with media and make it appear I am the antihero to their fictional love story. The story she has created only in her mind is false, malicious and delusional.

The damage she has caused Mario Maurer using local media is no joking matter to the Thais. They can only hope that she does not repeat the same pattern to other unsuspecting co-actors."

Cacai has yet to give a word regarding Joyce's statement.