By Admin
August 10, 2016newsphotovideoviral
It felt like a New Year revelry when butane canisters exploded after a delivery truck figured in a road accident and caught fire Wednesday.

According to reports, the butane delivery truck turned upside down after beating the red light and collided with an Asian College of Technology (ACT) school bus in Barangay San Isidro, Talisay City, Cebu, at around 6:20 a.m. on August 10.

Chief Insp. Randy Mendaros, Talisay City Fire Marshal, told members of media that the elf truck with plate number ANA-3278 was transporting butane canisters to the nearby Minglanilla town when the mishap happened.

The butane delivery truck hit a car display center and destroyed another vehicle. Four more cars were also damaged. The actual blaze and explosions were caught on camera. 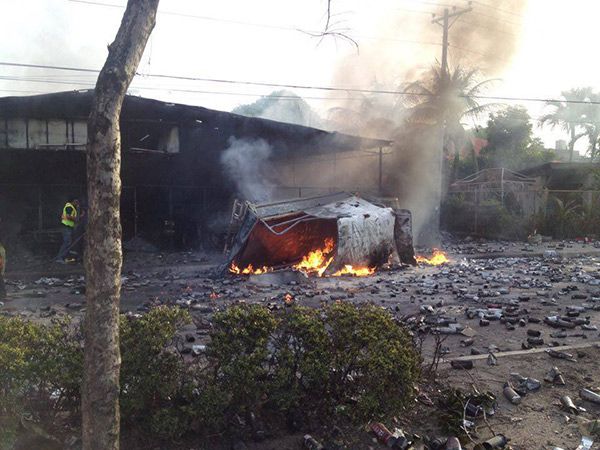 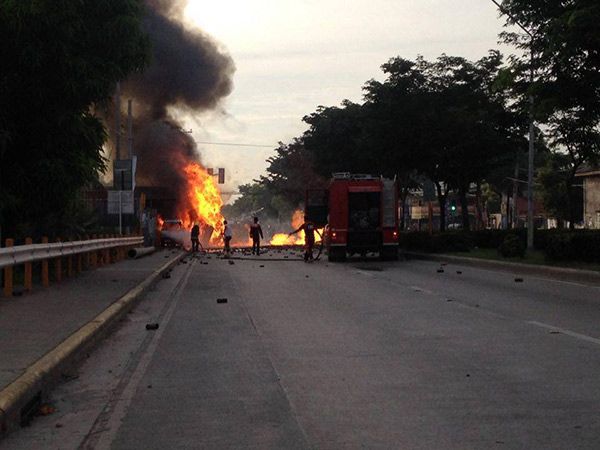 The truck driver, Edmar Luad, 21 years old and a resident of Naga City, jumped off the truck and was arrested later. On the other hand, the driver of the school bus, which fortunately did not have any passenger, was hurt and rushed to the hospital for treatment.

Cebuano netizens suspect that the exploding canisters were filled with liquefied petroleum gas instead of butane based on the color of the smoke.