The persons doing lewd acts in the 44-second clip, which apparently has a part 2, were identified as USJR students because of their uniform.

"We are not the only University who has a jumper-type school uniform. And FOR YOUR INFORMATION the uniform is VERY different from our university's highschool uniform. And if you haven't seen anything but just pretended you did because GUSTO NYO LANG MAKIUSO please stop it because it might affect our lives. Kamo kunoy maglakaw lakaw sa dalan unya ingnan mog e usjr mo ako, ganahan mo? ALL WE NEED IS RESPECT."

A certain Horace Mackenzie Cantal Asis said it was an old video that got reposted:

"There's no such thing as "new USJR scandal video" thingy! For that was an old video and not predominantly related to the Catholic school, specifically to USJR. Please do remind yourselves that saying and posting false details would definitely marked you as an asshole individual. Again, there's no such thing as that! If you are a real man, then be real. Do not try to destroy someone's reputation just for your own sake. ADELANTE!!!"

Before this issue get out of hand, I would like to make a statement about this another "scandal issue", Before anything else, This is just my POV. I don't have a specific person regarding this statement. This is just for people who lacks brain on making up false stories about our school. And if you get affected by that statement, then maybe you're one of them. ;) First of all, what the students do on certain circumstances reflects the institution, whether about academe excellence, behaviors and so to follow. But, if a student has done something inappropriate it will always reflect to the school he/she attends to and in that one student, Truth hurts but it will be generalized and all of the students of that certain school will be assumed that they also do inappropriate stuffs. About that scandal issue, it is said to be an OLD VIDEO and beforehand, it was not entitled as USJ-R scandal, Only now that it leaked, it is now called as "Another USJ-R Scandal: HS" I saw a screenshot of that video (not the whole video itself) and HONESTLY, we can say if it is from our school uniform or not, from pre-school to college uniforms, we can identify that, and OBVIOUSLY IT IS NOT. just because it looks like a jumper style uniform, it makes it ours. DON'T CONCLUDE SOMETHING YOU ARE NOT SURE OF YET. DON'T CALL OUR UNIVERSITY, THE UNIVERSITY OF SCANDALS. LEARN TO PUT YOUR WORDS ON CONTEXT, ESPECIALLY, MAKING JOKES ABOUT THE STUDENTS REGARDING SCANDALS. THERE ARE A LOT OF STUDENTS WHO ONLY WISHES TO ATTEND SCHOOL WITHOUT ANY JUDGEMENT. We would like to put a break on our silence. DAMAGE HAS BEEN DONE, but We just need to clean up and defend our SCHOOL's NAME.

Some concerned students from the university warned that "those citizens who are creating a false issue about a certain USJR scandal" could face charges for violating the Republic Act (RA) 10175, also known as the Cyber Crime Prevention Act of 2012, under Internet Libel.

They appealed to netizens to stop tagging the school in the sex scandal "because the students behind the video are not coming from USJR." 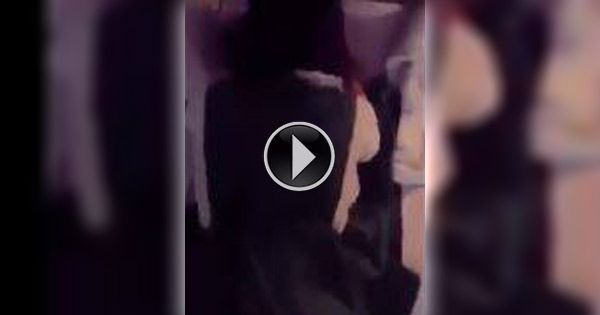