By Admin
July 12, 2016news
Calls to remove Senator Leila de Lima from office is getting louder. In fact, an online petition for the purpose is gaining support.

A certain Joshua Jireh Cinco, who currently has more than 5,500 supporters, filed the petition on Change.Org, an American-based website that "empowers people everywhere to create the change they want to see."

"Everyone expects for change and this change cannot be true or fulfill if LAILA DE LIMA [sic] still standing as the senador of this country holding the committee on justice. Philippines is experiencing crime. in order to surpass crise death penalty must be impost. as the new administration come fort to change the community many druglords surrender and some who choose fight fort died and thus this Laila De Lima choan to be protector of these criminals though she stand firm to those who die with muchfull crime than those who die as a victim. now Filipinos we hire for change, in order to manifest change we must do our part to bring change. i urge to to sign this campaign againts Laila De Lima urging congress to file empeachment and totally, be liable for what she done."

According to Cinco, the petition will be delivered to the Philippine Congress, Senate, and everyone.

De Lima, who ran under the Liberal Party in this year's election and won a Senate seat with 14,144,070 votes, made headlines recently following news that she mulls filing a resolution calling for an inquiry into the killing of drug suspects.

The 56-year-old former justice secretary made remarks against the newly-installed administration in relation to the war on drugs. Netizens and supporters of President Rodrigo Duterte said they see De Lima as a hindrance to government's efforts to fight and supress the illegal drug trade.

On Monday, July 11, Solicitor General Jose Calida slammed the neophyte Senator saying the investigation she is planning to conduct will not be in aid of legislation but "media mileage."

"If she is truly sincere to stop this drug menace, let us ask her: 'What did she do as Justice secretary in charge of the NBI, the prosecution service, and the correctional?" Calida asked.

The SolGen also said De Lima failed to address the proliferation of illegal drugs "even in her own turf, the national penitentiary" when she was still head of the Department of Justice (DOJ), adding that a Senate inquiry is no longer necessary as the country already has "too many laws."

Officials under the executive department may be dismissed by the president while local elected officials can be removed from office through recall.

De Lima cannot be impeached but, like other members of Congress—the Upper Chamber and Lower House (House of Representatives)—can be expelled by two-thirds vote of the chamber she is a part of.

However, it must be noted that De Lima has friends in the 17th Congress including five fellow LP members: Senators Bam Aquino, Frank Drilon, Kiko Pangilinan, Ralph Recto, and Joel Villanueva.

At least 16 senators will be required to vote in favor of her expulsion.

UPDATE, July 14, 2016: The petition has been removed by the petitioner. 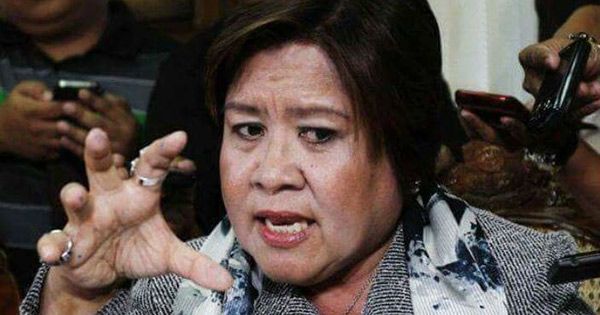