By Admin
July 25, 2016funny memesgownNancy Binaynewssocial mediaviral
Senator Nancy Binay captured the internet again after photos of and funny memes about her black gown during the 2016 SONA went viral.

Netizen JoMi Dasmariñas captured a screenshot of Binay's dress and posted it side by side with pictures of a black molly: 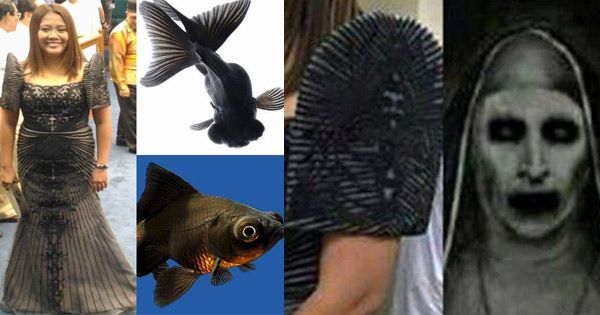 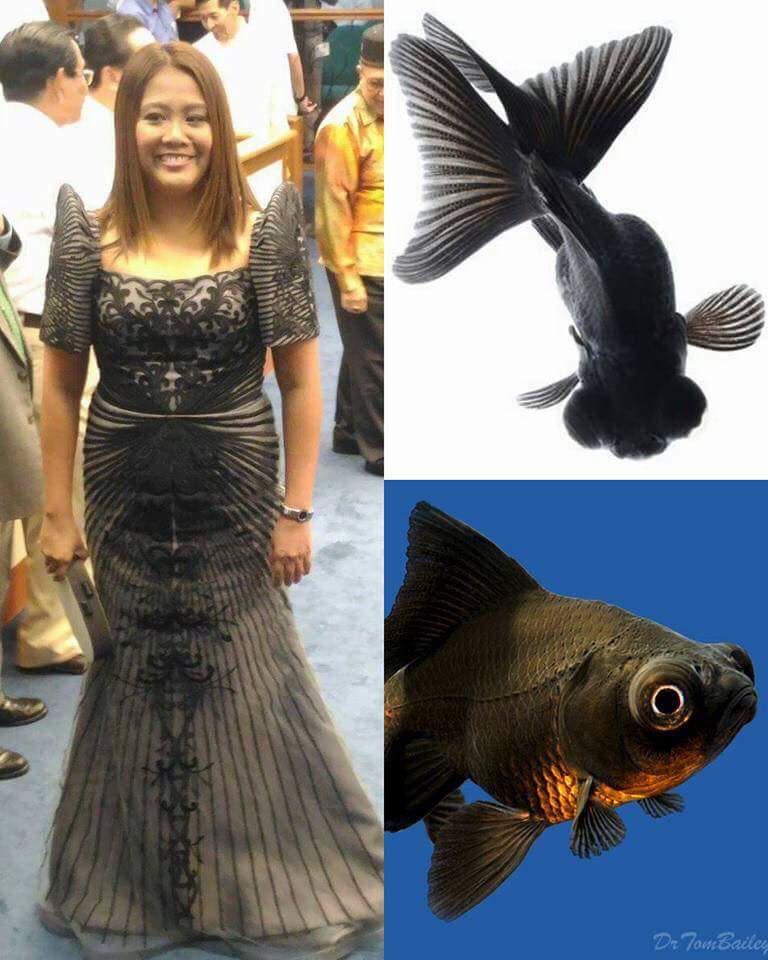 A certain Gerald Santos also tweeted photos of her holding what was believed to be a pack of leche flan: 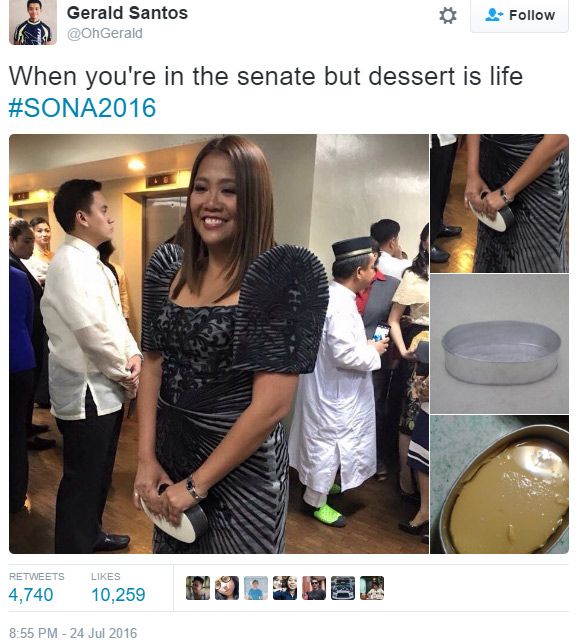 Kim Yasay compared a special design on Binay's black gown to the image of Valak, the villain in the 2016 horror film 'The Conjuring 2'. 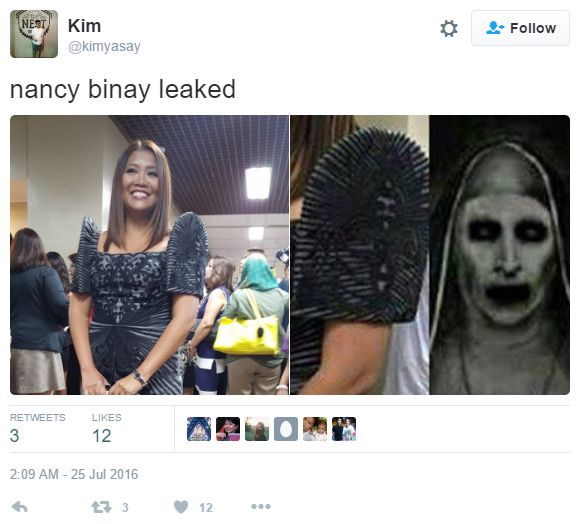 While Twitter user Kat Doguiles noticed how the lady senator changed her formal outfit to a more corporate wear, probably after she felt awkward for breaking the dress code in donning a gown despite Duterte's call for SONA attendees to simply wear a business attire: 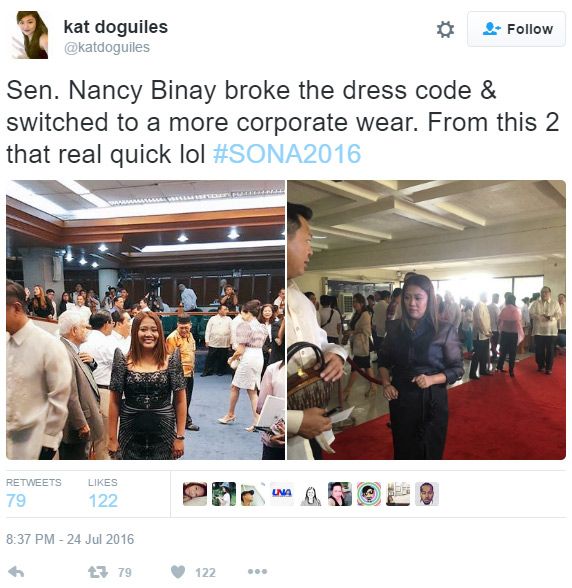 For the past three years, Senator Binay has been consistent in becoming a laughing stock with her SONA outfits.