By Admin
July 28, 2016relationshipsvideoviral
It was a shocking revelation. A man found out that his girlfriend is a flirt after he agreed to set her up to mimic a social experiment.

According to Facebook user Evan Grant, he and his friends agreed to imitate Catch a Cheater, a popular YouTube channel where videos exposing cheating wives and girlfriends in the US are published, so they tried to convince one of their friends to have his girlfriend set up.

Grant said everyone did not expect that the girl fell into the trap, but he knew it would happen since his friend already casted doubt on her and they already heard rumors about her being flirty.

In the video that has gone viral with over 1 million views and 20,000 shares, a guy who pretended to be coming from Manila approached the girl and engaged in a conversation with her at a mall in Davao.

The accomplice successfully befriended her, obtained her Facebook account, and even set a date with her later in the night.

Grant's friend could not believe that his girlfriend is unfaithful having denied that she has a boyfriend. 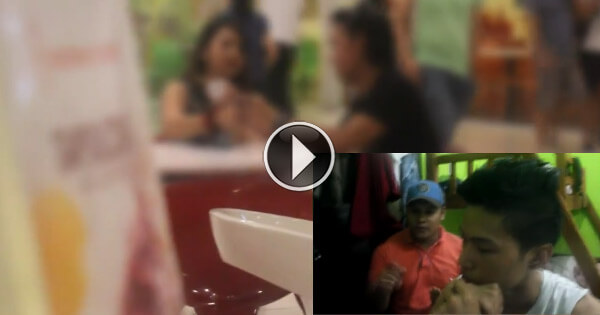