Tickets for the game, which will be aired Tuesday night from the Mall of Asia Arena, were already sold out, but thanks to Sports5, a live steaming video will be available on YouTube.

The Philippines last fought France in 2014 during a pocket tournament in Antibes. The coach and players were different back then so it's exciting to find out if Gilas Pilipinas will give the visiting team a good fight especially that President Rodrigo Duterte is expected to watch.

France, on the other hand, has NBA players Tony Parker and Boris Diaw as well as Eurobasket Finals MVP Nando de Colo in its roster. 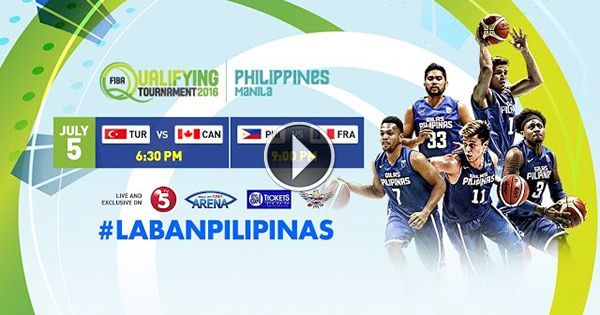 A replay video will also be provided after the game.