By Admin
July 10, 2016videoviral
This viral video features mom and daughter singing a Visayan folk song while dad is dancing and making funny gestures in the background.

The Filipino-Dutch family earned praises—the mother and daughter tandem in particular for their amazing voices and vocal blending—from Facebook users especially those who understand the dialect.

Entertainer Irene Bosmans, the daughter, thanked those who watched the video taken eight years ago in Holland.

"I just want to say a huge Thank You to everyone who has taken the time to watch our videos and have a laugh! I really appreciate the warm greetings from you all," she said in a Facebook post on July 8.

"I am extremely overwhelmed by your sweet comments and kind words.. Thank you everyone!"

Irene and her mother performed the Visayan folk song titled "Dalaga" (lass) which is about an innocent, lovely young woman who was adored by men in the province because of her captivating beauty and sweet smile.

In the caption of her video posted in July last year, Irene said:

"OMG!! My Dad cracks me up in this video!! 7 Years ago in Holland, Mum and I are singing a Filipino folk song, and my Dad comes along and steals the show! HAHAHAHA!!!"

The original copy of the entertaining video, which shows the closeness between the parents and their daughter, was viewed over 1 million times while the reposted one garnered almost half-a-million views in just two days. 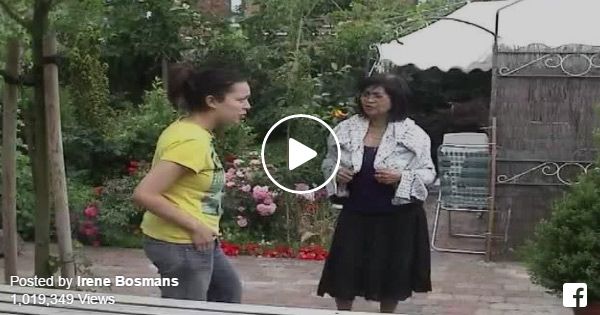