By Admin
July 10, 2016newsvideoviral
A video that captured an annoying altercation between a car owner and an MMDA enforcer who wants his vehicle towed away has gone viral.

Reports said the incident happened in a Quezon City street where MMDA enforcers tow away cars parking in front of a hotel.

Apparently, there was no signage to clearly warn unsuspecting clients of the establishment that the area is a sidewalk—as what the enforcer insisted—and parking there is illegal, not to mention the presence of yellow markings on the pavement.

There have been allegations that several sidewalks in QC were turned into illegal parking spaces that serve as a "milking cow" for corrupt "blue boys" and traffic police. However, this information was not independently verified.

In the video, the MMDA enforcer and his team failed to explain the violation to the car owner and one of them even refused to show his identification card.

When asked about how much it would cost the motorist to claim his car, the MMDA enforcer involved in the heated argument was not able to provide an answer.

The video was posted Saturday, July 9, on Facebook. So far, it was already viewed over 1 million times on one community page alone. 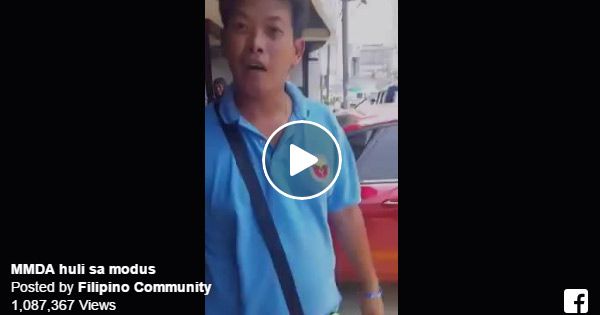