By Admin
July 11, 2016showbizvideoviral
AlDub loveteam's Maine Mendoza accidentally slipped and fell down the stairs in the studio of Eat Bulaga after Saturday's performance.

In the July 9 episode of the noontime variety show, the 21-year-old celebrity performed as a cheerleader in a production number that marked her first anniversary in show business.

After which Maine hurried to meet and greet her fans but a minor accident occured on her way, while she was stepping on the staircase.

The mishap was not entirely caught on cam and the video only captured the online sensation-turned actress getting back on her feet, laughing.

Fans admired Maine Mendoza for her professionalism. In return, she thanked them for their greetings, love, and support. 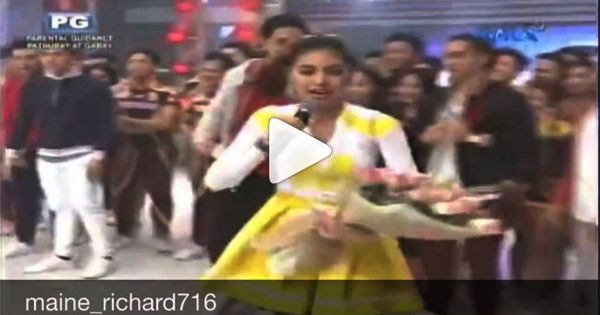