By Coolbuster
June 28, 2016videoviral
A viral video showing a pregnant woman hitting an elderly on the head with a dipper while bathing him sparked fury among Facebook users.

The Filipino Community Facebook page posted the heartbreaking video on Sunday, June 26, but did not provide details as to when and where it was taken. The names of the woman and the senior citizen, who is believed to be her father or relative, were not disclosed.

There was no other information except for the caption that reads: "Love your parents and treat them with loving care for you will only know their value when you see their empty chair."


As of 9:45 a.m. today, the video gathered over 1.4 million views and 56,000 shares on the social media site as it sparked fury among netizens who condemned the abusive act committed by the pregnant woman.

Here are the top comments:

Among those who expressed their disgust is Marites Tandingan, mother of singer and 'The X Factor' champion KZ Tandingan.

ABS-CBN's citizen journalism arm "Bayan Mo iPatrol Mo" (BMPM) also posted a comment to reach out to anyone who can provide information on the identities and whereabouts of the persons in the viral video.

It's unclear whether someone has already responded. 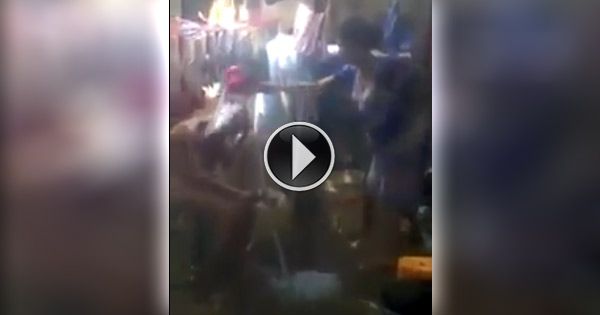