So this is why Filipino girls are getting gaga over Alex Aiono!

By Admin
June 19, 2016Entertainment
Filipino girls on social media are getting gaga over singer, multi-instrumentalist, and online sensation Alex Aiono. We've found out why.

The talented 20-year-old from Arizona recently released his own cover of Kent Jones' hit single "Don't Mind" with a little twist in the lyrics that turned Filipino girls crazy.

The video already got tens of thousands of shares and millions of views on Facebook and YouTube since it was published last June 10.

Many young Filipino ladies said they can't get over with it they have already "raped" the replay button.

Alex made them kilig after he altered the lyrics and sang this line in Tagalog:


"She said mahal kita, miss kita talaga. all my Filipino girls, I need to see all of yah."

The adorable singer-musician, whose YouTube channel has racked up over 45 million views this year, performs mostly English covers. It was really surprising to hear him sing in Filipino fluently.

Alex, who has written songs with Grammy winners John Legend and Babyface among others, received praises from Pinoy music lovers around the world for sending his wonderful message to Filipino girls through a song. 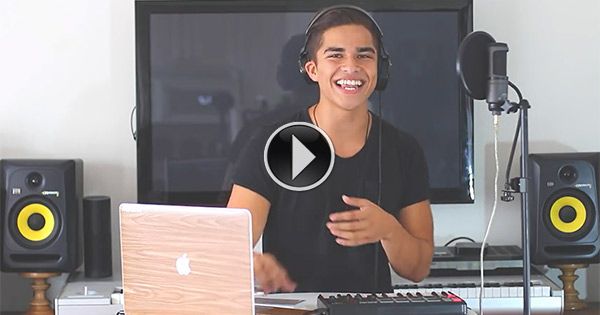