The organizers earlier said 586 performers from Manila and Mindanao will perform during the thanksgiving party, which plays on the phrase "Duterte won."

Sale of alcohol and illegal drugs is prohibited and smoking is banned during the victory party.

PTV4, the government-owned People's Television, will cover the event live. The coverage starts with hourly updates from 1 p.m. until 9 p.m. Live telecast of the DU31 thanksgiving, Duterte victory party begins at 9:15 p.m., after the PCSO lotto draw.

It has been reported that only PTV4 will be allowed on the media platform initially arranged for all broadcast networks. 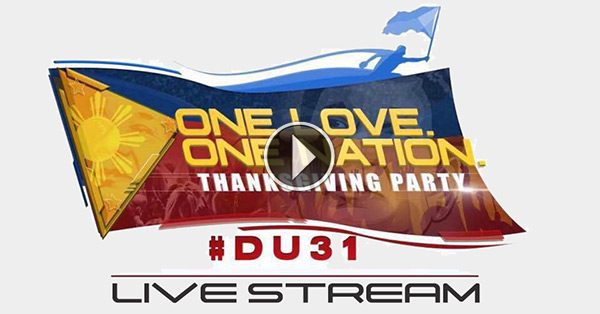