By Admin
June 12, 2016newsphotoviral
In the middle of the observance of Ramadan, viral photos of male teens molesting a girl caused uproar in a country dominated by Muslims. 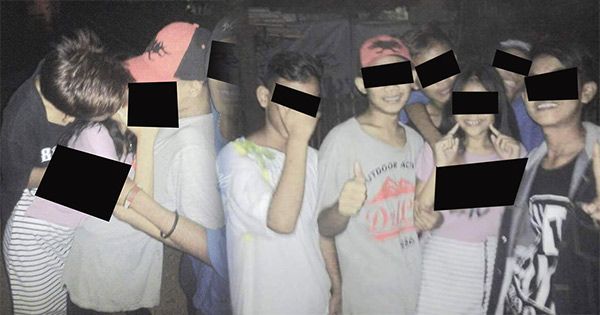 The uploader's geographical location is "Karawang, Indonesia" as shown on his Facebook posts.

Indonesia also has a larger Muslim population than any other country in the world, with approximately 202.9 million (87.2% of Indonesia's total population in 2011) identifying themselves as Muslim.

This year, the Ramadan started last Monday, June 6, and will continue for thirty days until Tuesday, July 5, during which strict fasting is observed from sunrise to sunset.

Using his own language, the netizen in his caption asked, "they're doing this on a fasting month?"

According to Islam Helpline, touching the opposite sex (female) and any other activities which motivate the sexual feelings are prohibited during the Ramadan.

So what do you think were on the minds of these teens?