In photos obtained by The Sun, the 26-year-old singer-songwriter locked lips with the actor, 35, while having a romantic getaway on a rocky beach said to be located at the back of her $18 million mansion in Watch Hill, Rhode Island, which is overlooking the Atlantic Ocean.

Reports said Taylor and Tom first bonded at the Met Gala in May and had an instant spark during a dance off.

Just two weeks ago, the singer broke up with Scottish DJ Calvin Harris, her boyfriend for 15 months. According to online sources, Tom immediately got in contact with her after the split and even sent her flowers following a phone conversation.

On Tuesday afternoon, the couple were photographed hugging and kissing, holding hands and taking selfies on top of large rocks.

"They looked like any young couple madly in love without a care in the world," an onlooker told reporters. 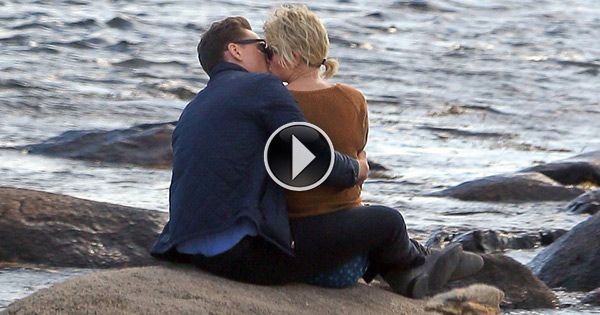