By Admin
June 20, 2016newsvideo
Police arrested a taxi driver from Taguig who raped and then robbed a female passenger who passed out inside the cab for being too drunk.

Cops nabbed the assailant, Ramil Marco Neric, after he was positively identified by her 20-year-old victim, Chloe (not her real name).

Findings of the initial investigation revealed that Chloe and her friends took Neric's taxi to drive home after hanging out at a well-known club in Bonifacio Global City (BGC).

When Chloe's friends asked for a stopover and briefly got off the cab to answer the call of nature, Neric suddenly drove off and brought the victim to a motel in Pasig where he carried out his evil plan. After which he stole Chloe's money and drove the victim to her apartment.

Her friends, who arrived at the apartment ahead, immediately reported the incident to the police and showed them a photo of Neric which they captured inside the taxi after the latter agreed to take a groufie with them.

Neric was spotted and arrested at the same lane where he picked up the group.

Following his arrest, the driver apologized to his victim. His wife, who also came to the police station, knelt down and asked for forgiveness and pleaded to Chloe not to press charges against her husband.

Neric, who is 25 and has two kids, will be facing rape and robbery charges.

Meanwhile, BGC station commander Inspector Rommel Bulan reminded women not to get too drunk especially when they have to ride a taxi, or any public utility vehicle, after a party or night out. 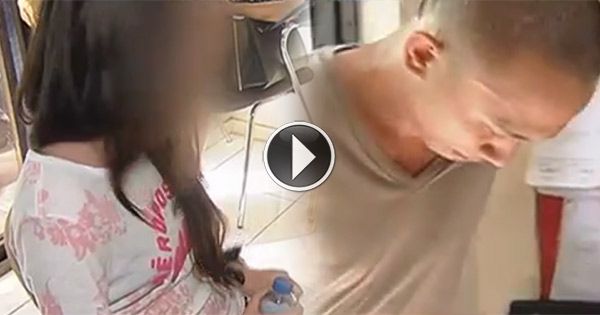