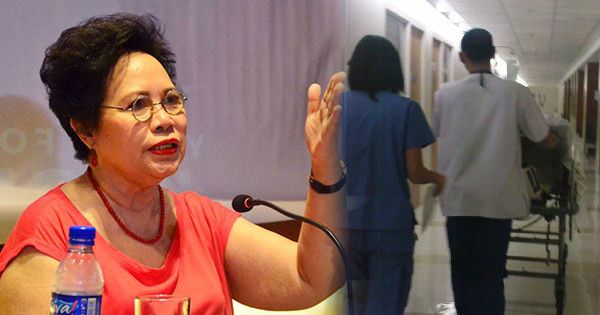 The lady senator, who is sick and suffering complications, was rushed by ambulance to the MMC last Monday, May 30, according to a text message sent to members of media.

Her husband, Narciso "Jun" Santiago said that visitors are not allowed and gift such as flowers will not be accepted.

On Tuesday night, May 31, Miriam was transferred from her private room to the ICU.

The lawmaker thanked her family, friends, and supporters who helped her pray for her recovery.

Last May 24, two weeks after the 2016 elections where she lost in the presidential race, Miriam extended her medical leave after she developed anorexia, or the inability to eat, as a side effect of her anti-cancer medications.