Robredo might not be able to assume office as Vice President
🔍

Robredo might not be able to assume office as Vice President

By Coolbuster
June 11, 2016newstrending topic
Is vice president-elect Leni Robredo's fate in peril after the Liberal Party failed to file a Statement of Contributions and Expenditures (SOCE)? 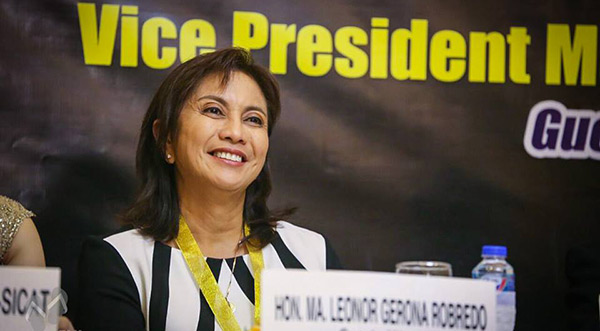 "Vice President-elect Leni Robredo's fate cannot be 'in peril' just because LP failed to meet deadline for filing SOCE. It's a premature claim of conclusion," he said in a statement to ABS-CBN News.

Macalintal reportedly pointed out if that would be the case, then Senators-elect Frank Drilon, Joel Villanueva, Leila de Lima, Sherwin Gatchalian, Riza Hontiveros, Francis Pangilinan, and other governors, mayors, and councilors under the LP ticket will also not be able to assume office.

"The case is a simple case of late filing and not non-filing. So, (it's) premature (to say they will not assume office) because elected officials will assume office on June 30, and by that time, the SOCE of LP (has) already (been) filed," Macalintal explained, adding that there is no law prohibiting the late filing of SOCE.

Here's the full statement of Atty. Macalintal as posted on Robredo's official website.


With or without the filing of the statement of contributions and expenditures of the Liberal Party which nominated VP-elect Leni Robredo, the latter can still assume the office of the Vice President since she had already filed her own SOCE.

The will of the people cannot be set aside on mere misdoing or omission of the political party, which nominated a winning candidate.

The provision of Section 14 of RA 7166 that failure of the political party, which nominated the winning candidate to file the SOCE could prohibit the latter from assuming the office for which he or she was elected is of doubtful constitutionality because it violates the bill of rights provision that no person shall be deprived of his life, liberty or property without due process of law or without having been heard.

And the right to occupy an elected position cannot be deprived a winner without giving him or her the chance to be heard.

In a word, their right to assume the offices for which they were elected is not dependent on whether their parties had filed the parties’ SOCE but should be reckoned from the candidates’ having filed their own individual SOCE.

The failure of the Liberal Party and former Secretary Mar Roxas to file their SOCE on time is a simple case of late-filing and not considered as “non-filing.”

Thus, it is too premature to say that Robredo and other winning candidates could not assume office since their said assumption is still on June 30, 2016 and for sure by that time the LP have already filed its own SOCE.

To say that VP Robredo cannot assume her position because of LP’s failure to file its SOCE will also mean that Senators-elect Frank Drilon, Joel Villanueva, Risa Hontiveros, Kiko Pangilinan, Ralph Recto and Leila de Lima and all winning governors, mayors and other local elective officials nominated by LP cannot assume their respective offices despite their having filed their own individual SOCEs.

Even if a candidate fails to file his SOCE on time, he cannot be deprived of his right to file the same at anytime because Section 14 of RA 7166 is very clear in that no elected official shall assume the office “until he has filed the SOCE”.

Clearly, the phrase, “until he has filed his SOCE,” means that such SOCE could be filed at anytime and that would only be the time when the winning candidate could enter upon the duties of his office.

Comelec’s resolution that “submission of SOCE beyond the deadline shall not be accepted” is of doubtful legality because the Comelec cannot prescribe what the law does not provide.

There is no law prohibiting late submission of SOCE precisely because the law provides for penalties in case of late or non-filing of SOCE.

As a matter of fact, there are hundreds of cases now pending with the Comelec involving winning candidates in past elections who failed to comply with SOCE requirement and yet they were allowed to assume the offices for which they were elected.

In a Facebook post, De La Salle University professor Antonio Contreras said a careful analysis of RA 7166 and Rule 10 issued by the Commission on Elections (Comelec) reveals the following:
In a series of posts, Contreras also said:


Macalintal and LP are clutching at straws if they will insist that late filing is allowed and that it is meted simply a fine. They will have to argue their case at the Supreme Court, for I have a feeling that this issue will reach the High Court.

On the argument that RA 7166 provides for fines, this does not in any way negate forfeiture of seats for both can be imposed on a non-filer. Furthermore, it must be pointed out that the law imposes fines on the act of failure to file SOCE, and not on its late filing.

On the argument that RA 7166 has downgraded non-filing of SOCE as no longer an election offense but just an administrative offense, unfortunately the same law did not downgrade the penalty for non-filing which is still forfeiture of seats.

On the argument that the law intended for allowing late filing, if that is the case then the law should have granted the COMELEC the power to extend the 30 days it specified. Unfortunately, RA 7166 does not empower the COMELEC to do so, and any extension of the 30 days will amount to an amendment of the law which only Congress has the power to do. This is precisely why COMELEC through Rule 10 repealed all previous Rules it issued in past elections which allowed for late filing beyond the 30 days, for such were blatant encroachments into the powers of Congress to legislate.

If the law did not authorize the COMELEC to extend to a new deadline, then having a late filing becomes a legal fiction for it can become an inordinate act without a reckoning end time that would define the treshold for late filing.


LP lawyer Romeo Macalintal: “The case is a simple case of late filing and not non-filing. So, (it’s) premature (to say they will not assume office) because elected officials will assume office on June 30, and by that time, the SOCE of LP (has) already (been) filed,” Macalintal explained.

According to COMELEC rules: Persons elected to any public office shall not enter upon the duties of their office until they have filed their Statements of Contributions and Expenditures with the relevant Schedules and supporting documents, in accordance with the formal requirements set by these Rules.

The rules include: meeting the June 8 deadline which is FINAL AND NOT-EXTENDIBLE.

Further, the COMELEC rules state that: The same prohibition shall apply if the party which nominated the winning candidate had failed to file its Statement of Contributions and Expenditures as required herein within thirty (30) days from the conduct of election.

30 DAYS AFTER elections. NOT before June 30.

Duterte supporter Obedencia William compared Macalintal's argument to a Bar exam taker who did not pass the test paper.

In his message to the election lawyer, the netizen said:

Alam kong malaking pera ang kapalit niyan, pero is it worth your dignity?