By Coolbuster
June 03, 2016newsphotoviral story
A brokenhearted boy reportedly committed suicide because of love, but the teen's friends said he is alive. Are these viral photos real or fake? 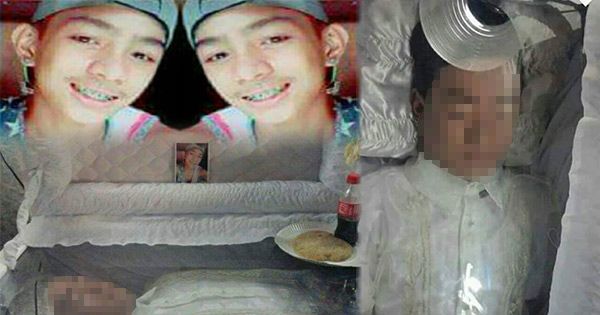 Screenshots of a private conversation which circulated on Facebook since Tuesday show that a certain KP Mheljohn Simeon confessed about his love problem.

Mheljohn (or Mheljun according to some) told a friend that he would strangle himself because of his girlfriend, but he refused to elaborate.

The teenager even bid goodbye before he left the conversation. It was not clear if he took his own life immediately thereafter. 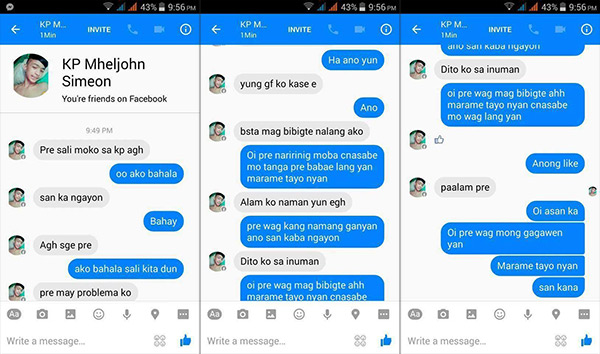 So far, reports have been contradicting.

One Ariella Datu denied in a post that her bestfriend is dead. In fact, she said Mheljohn texted her days after his supposed death. But a certain KP Jhonmichael Enate confirmed that his friend already passed away. 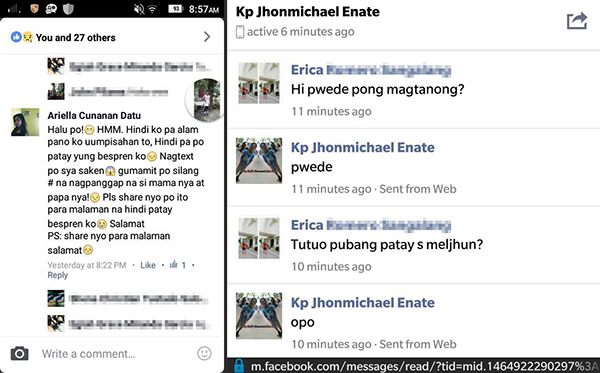 What made netizens more confused is that someone created a Facebook account using Mheljohn's name and has been accepting friend requests. It could be an individual or group taking advantage of the trend.

According to observers, the viral story of the brokenhearted teen who allegedly committed suicide because of too much love might be another "social experiment." The truth is expected to come out soon, one said.