By Coolbuster
June 28, 2016newsvideo
Beware! Criminals do the unimaginable to steal information and money from people. This video shows a newly-discovered ATM card skimming device.

Copying or skimming card information is a common modus operandi for card scammers. Skimmers copy the information stored in the card's magnetic strip, as well as the personal identification number (PIN) code of an account holder through fake keypads, hidden cameras or other means.

In this video, skimmers used a well-made replica of the flashing card entry glued on top of the exisiting reader slot which makes it harder for ATM users to recognize.


The new skimming device was discovered by an employee of a cyber security company at an automated teller machine in a business district in downtown Vienna in Austria, but it's possible that this type of skimming device already exists in other countries.

In the Philippines, it was uncovered that hackers attach a clamp at the wires behind the machines. The clamp, which penetrates wires inside the insulated portion to capture all transaction data, is attached to a gadget that copies the transactions and even captures the personal identification number or PIN. With PIN on hand, scammers are able to clone the ATM card and produce more than one card so they can withdraw your money anytime in different locations.

To counter the scheme, the Bangko Sentral required all banks to issue cards with Europay, Mastercard, and Visa or EMV chips beginning January 2017 for debit and credit transactions. This will protect the banking system and consumers from electronic fraud.

By next year, a debit card should have a chip embedded at the front of the card. The magnetic stripe behind the card will be taken out. The Bankers Association of the Philippines (BAP) explains the chip is more secure than the magnetic stripe. A card with an EMV chip has unique codes per transaction. It requires more information from the user so scammers will have a hard time stealing information. 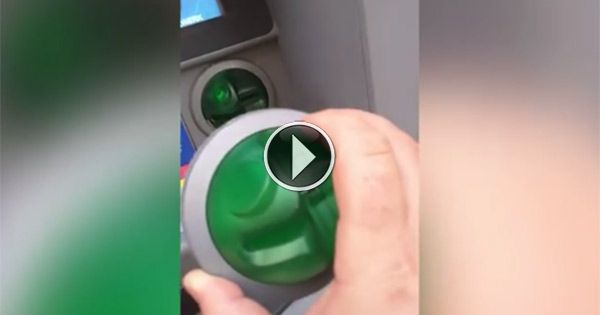