This happened following a notice issued by the camp of President-elect Rodrigo Duterte that his official announcements and statements will be released through PTV.

On Saturday, June 4, the Facebook page of PTV thanked Duterte for the trust. In a viral post, the network vowed to requite it with truthful, timely, and useful news and information.

Meanwhile, CNN Philippines reported that organizers of the ‎DU31‬ thanksgiving party for Duterte advised other TV networks that only PTV will be allowed on the media platform initially arranged for all networks at the Crocodile Park in Davao City. 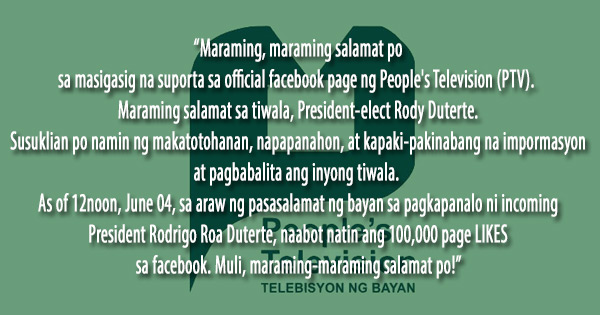