By Admin
June 13, 2016newstrending topic
Members of the LGBT community (lesbians, gays, bisexuals and transgenders) are grieving over the Orlando nightclub shooting that killed 50.

"Today is an extremely sad day for the LGBT community. Just another reminder how hateful the world is towards our kind," @casey_truth posted.

"It feels insane to me that we still have to fight for people's right to love who they love. Dear LGBT friends. Please know you have allies," @melanielynskey tweeted.

"The LGBT+ community is my community. I'm so sad," @cerys_angharad said.

"We LGBT will always be braver and bigger than any haters can imagine," @ericbeebo posted.

An Orlando LGBT leader responded to the mass shooting at Pulse, watch: 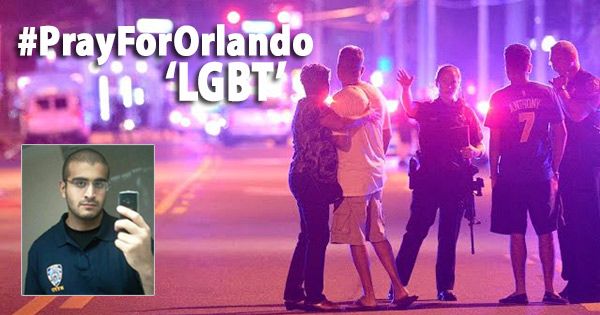 On Twitter, #PrayForOrlando and "LGBT" became trending topics worlwide after news broke that a heavily armed assailant opened fire in the packed Pulse Club killing fifty people and hurting 53 others in what has been called as the deadliest shooting spree in U.S. history.

There were more or less 320 persons inside the club when the mass shooting began at around 2 a.m. on June 12. It ended at about 5 a.m. ET.

The City of Orlando has released the list of victims in the massacre.

He said the FBI had been aware about Mateen since 2013 and he had been investigated and questioned that year and in 2014, but the bureau did not find enough merit to continue the probe.

Authorities said Mateen used a handgun and assault rifle—both legally purchased recently—to carry out the attack, which President Barack Obama called "an act of terror and an act of hate."

Mateen, who had "leanings" towards extremism and Islamic State according to the FBI, was involved in a three-hour stand-off with cops before SWAT teams stormed the building and shot him dead.

Reports said the shooter pledged allegiance to the Islamic State before he died. Witnesses reportedly said Mateen shouted "Allahu Akbar" (God is the greatest) during the assault.

President Obama has spoken on the tragic shooting in Orlando, watch: