LELO Hex, the new condom men will love to use every time, here's why

By Admin
June 16, 2016healthnews
LELO Hex is the new, structurally re-engineered condom men will surely love to use during sexually intimate, pleasurable moments. Here's why.

"Hex is structurally different because it applies a unique hexagonal web throughout the latex, which means it looks and performs differently to any condom in the world today," Swedish intimate lifestyle company LELO posted on its website. 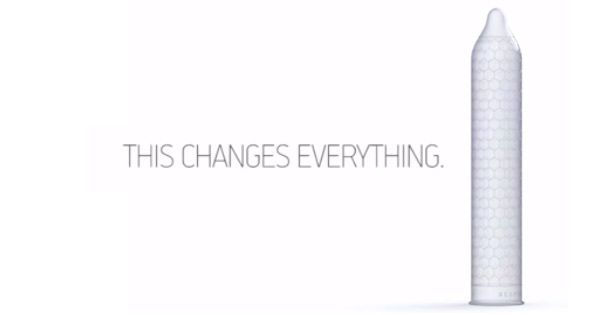 The unique structure of Hex flexes and molds for comfort so the user can focus on pleasure. It's 0.055mm web with ultra-thin 0.045mm latex is raised on the inside to minimize slippage and maximize sensitivity, and the structure combines thinness and strength to make the condom unbreakable.

Basically, it's the structure and not the material of latex that was changed. This was discovered by LELO engineers who spent seven years of research and testing.

Master of Public Health Jeffrey Klausner MD, who saw the "huge need" for innovations in condoms, said "LELO's new condom is a welcome and much needed addition to our efforts to prevent unintended pregnancy and the spread of infectious diseases. Users will love it."

We couldn't agree more with the doctor's statement.

In the Philippines, 76 persons were diagnosed with human immunodeficiency virus (HIV) after engaging in transactional sex, and it's for the month of February alone.

Most likely, these people did not use condoms while having sexual intercourse.

Meanwhile, one in three births (36 percent) in the Philippines is either unwanted (16 percent) or mistimed (20 percent), according to the results of the National Demographic and Health Survey (NDHS), the Philippine Statistics Agency (PSA) revealed.

Unplanned pregnancies are more likely to occur among older women than younger women. The survey data reveals that more than half (53 percent) of births to women age 40-44 in the 5 years preceding the survey were unplanned; the majority (84 percent) of such births were unwanted.

Among women age 15-19, 31 percent of births were unplanned, of which, only 21 percent were unwanted. These findings are based on the responses of women age 15-49 years to the question as to whether each of their births in the five years preceding the survey was wanted at the time of birth, mistimed or wanted but a later time, or not wanted at all, the PSA said.

When asked about their ideal number of children, 4 out of 10 women said they would prefer to have two children if they had a choice, while three in 10 said that they would choose to have three children, the PSA disclosed.

Condoms help prevent the transmission of HIV and other sexually transmitted infections, and as one of the family planning methods, the World Health Organization said it also prevents deaths of mothers and children by preventing unintended pregnancy.

The global launch of Hex Appeal, the first variant of the Hex condoms, happened last Monday, June 13, 2016. LELO said its goal with Hex Appeal is to get up to 10,000 backers to pledge to experience the product in advance and promote the game-changing benefits the new condom has to offer.