Eric Clark Su, a "humanist, entrepreneur and designer of systems," enumerated his observations on Facebook as follows:

The 6 year term of Benigno Simeon Aquino III can be summed up by the following points:

2. He cleaned up the government of non LP corrupt officials. LP officials took up the corruption routines of the ones they jailed and planecrashed to double nay triple the corruption levels but hey they reduced it to a fewer number of people!

3. Cronyism and the padrino system was back in full force from the Marcos times ironically perpetuated by an Aquino. Business were taken down in more subtle but still unfair ways in favor of LP controlled ones.

4. A spineless leader spewed a cultural poisoning throughout the whole system where there is little checking and little accountability. This lead to government people conniving with drug lords, destructive miners, aggressive smugglers and horrible human traffickers.

5. Worsened PH-China relationship to the point where we are in the brink of war with them.

6. A lazy and lethargic leadership infecting the government culture with slowness and ineptitude. Poor frontline services and breaking down of mass transit are manifestations of this.

7. Extreme disrespect between the separation of the legislation, judicial, church and media from the state warped the dynamic of the nation negatively.

8. Ill advised prioritization of the concerns of a few GDP loving oligarchs over the impoverished masses. The opportunity cost of a bottom up strategy instead of a trickle down one is massive as in hundred millions of hungry Filipinos.

Aquino is set to turn over power on Thursday, June 30, as Duterte takes his oath as the 16th President of the Republic of the Philippines.

Eric rated Aquino's performance in six years 1 out of 5 stars. Well, at least he gave him a star. 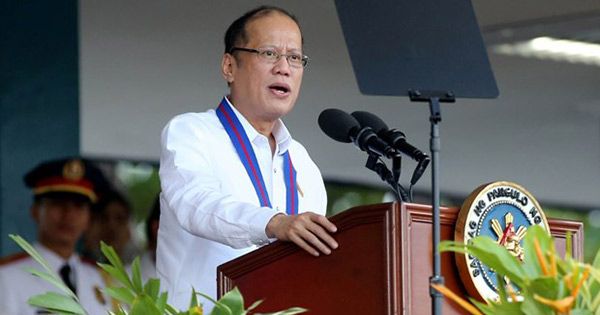