By Admin
June 02, 2016newsshowbizvideoviral
Daniel Padilla was caught on video getting upset and out of tune during a live concert after some spectators showed him a middle finger.

The 21-year-old actor and other Kapamilya stars were invited as guests in the City of Ilagan, Isabela, to highlight the fiesta celebration last May 30.

Daniel was singing "Hinahanap-hanap Kita" when a group of young men flashed their middle fingers. Obviously pissed off, the Teen King approached a staff and pointed towards their direction. He then asked "Oh ano? Nasan na kayo?" and said "gago pala" moments later. 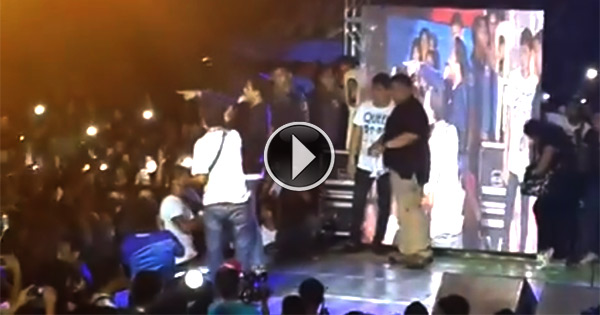 Daniel was able to finish his number though, contrary to earlier reports that he walked out. However, some witnesses said they noticed that he was teary-eyed while on stage.

Apparently, the actor immediately left after the incident. He has yet to comment on the issue.