By Coolbuster
May 21, 2016newsvideoviral
A man whose physical and facial features bear a striking resemblance to that of presumptive President Rodrigo Duterte was spotted riding a jeepney in Bacolod. 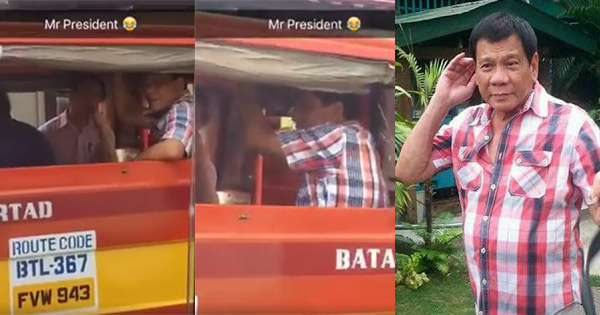 Wearing exactly the same "lucky polo" shirt of the incoming head of state, the Duterte lookalike waved his hand and smiled when his attention was called by passengers of another vehicle.

"Mr. President gin boto ta gid ka [I voted for you]," a man was heard as saying while his companions were giggling.

The video, which was posted Friday by Facebook user Christine Tongson, has gone viral on the social networking site, garnering more than 26,000 views and over half-a-thousand shares as of 11:30 a.m. on Saturday.