By Admin
May 24, 2016musicnewsvideoviral
Effortless! That is how the Reo Brothers band performed a cover of the Bee Gees hit "Too Much Heaven." Watch this video to see for yourself. 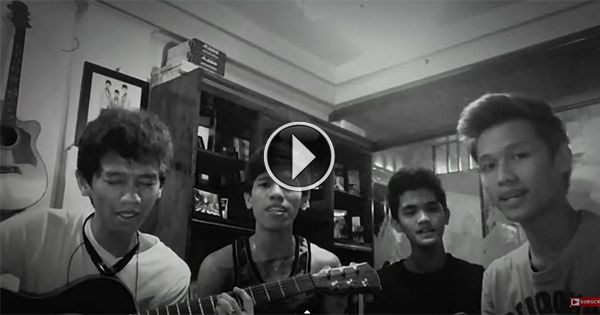 The Reo Brothers — Reno (drums), Ralph (bass), Raymart (rhythm guitar) and RJ (lead guitar) — is a Filipino band composed of four brothers from the Otic family of Tacloban, the city that got devastated by Super Typhoon Yolanda (Haiyan).

Aside from doing renditions from the Bee Gees, they also perform songs from The Beatles, The Beach Boys, The Dave Clark Five, Gary Lewis & the Playboys, The Lettermen, America, The Ventures, VST & Co. and other popular bands of the 1950s-1970s era.

Dubbed by fans as "Pinoy Beatles," the Reo Brothers started playing in 2009 and became popular following their performance at the ABS-CBN Christmas Special 2013 in Araneta Coliseum, where they received a standing ovation.

Reo Brothers published their acoustic cover of 'Too Much Heaven' from the Bee Gees on YouTube last Tuesday, May 17.