Kris Aquino expects cases to be filed against Noynoy 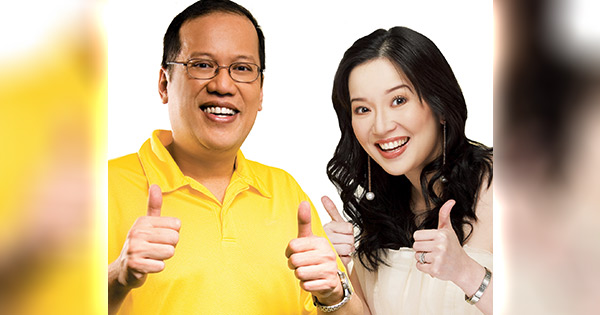 In February last year, the 45-year-old ex-Kapamilya star said she would not seek election for public office because she has to take care of her brother following expiration of his term.

It seems Kris was able to predict his brother's fate.

The outgoing president, along with Senator Antonio Trillanes IV, is facing treason and espionage charges filed by the camp of his successor, presumptive President Rodrigo Duterte, for undertaking "back-channel talks" with China.

Trillanes, the complaint said, "met with the Chinese 16 times, and he requested that the meeting [be] secret. In those meetings, Trillanes made mention that the Philippines cannot enforce coastal protection. And that made the Chinese take an aggressive [stance] and take over our areas like Scarborough Shoal and Spratly Islands. That alone constitutes treason."

More cases are expected to be filed against Aquino once he steps down from office. Kris will be very busy.