By Coolbuster
May 05, 2016newsvideoviral
Netizens slammed ABS-CBN and other networks for showing an anti-Duterte TV ad, a black propaganda video using children to attack the presidential front-runner.

Citing an unnamed source, Cayetano said the advertisement will air on ABS-CBN on Friday, May 6, three days before the May 9 elections.

However, the Kapamilya network started airing the anti-Duterte ad on Thursday night, May 5, during the commercial breaks of the fantasy series "Super D" and the primetime newscast "TV Patrol." 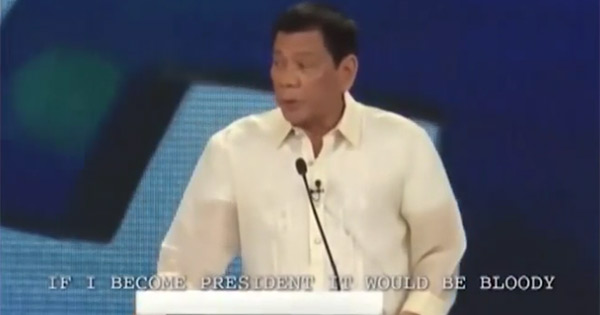 The advertisement, said to be worth P20 million, was allegedly placed by Senator Antonio Trillanes, who accused Duterte earlier of having a hidden wealth amounting to P2.4 billion.

"Despite fair warnings that the anti-Duterte TV ads placed by Trillanes may violate the senses of the Filipino people, the ethics committee of ABS-CBN still proceeded to approve and air it," journalist Edwin Espejo posted.

"It was disapproved during the second screening but somebody out there managed to have the committee overturn its earlier decision.

It is now on TV and any decent minded person - for or against Duterte - should be repulsed by the blatant and mindless use of children in an adult ad against a person.

Where are the moral guardians and believers of decency?

Grace Poe, you were head of MTRCB. You really think this passes the ethical standards of an ad?

Mar Roxas, is this the kind of decency you are advocating?"

Some netizens called the attention of the Movie and Television Review and Classification Board (MTRCB), Kapisanan ng mga Brodkaster ng Pilipinas (KBP), Commission on Elections (Comelec), Department of Social Welfare and Development (DSWD), and the Department of Labor and Employment (DOLE) to look into the advertisement as it may have violated policies upholding broadcasting ethics and laws protecting children.