By Admin
April 24, 2016newsvideoviral
This video shows a traffic enforcer from the Manila Traffic and Parking Bureau (MTPB) offering to a motorist a 50% cut on traffic violation fines.

"This traffic officer deserves a medal for thinking of ways motorists can save on traffic violation penalties."

In the video, the unidentified traffic enforcer is seen negotiating with the driver, trying to convince the alleged violator to avail the 50% discount if he cannot afford to pay the P1,000 fine. 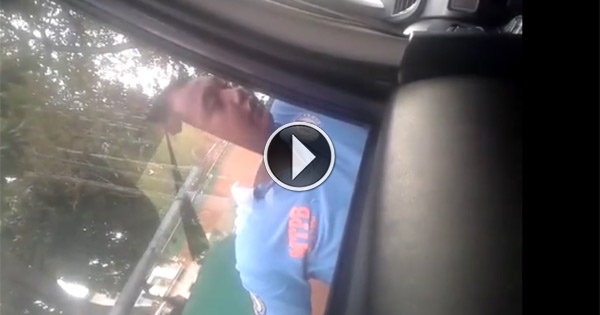 It is unknown whether the driver did bite the "special offer" and whether the penalty was settled on the road or at the city hall.

The video has gone viral on Facebook quickly, garnering more than 42,000 views in less than thirty minutes.