By Admin
April 06, 2016newsvideoviral
The campaign sortie of Mar Roxas in Hong Kong got poor attendance compared to that of his fellow presidential candidate Davao City Mayor Rodrigo Duterte. 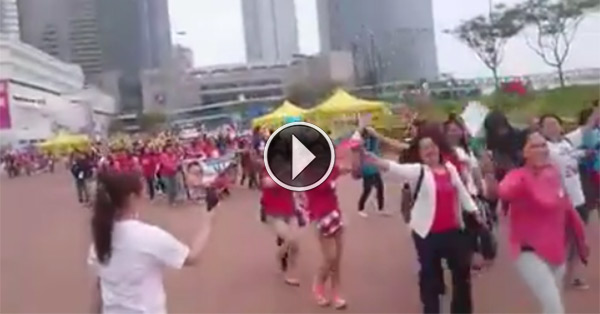 A video posted by Mil Rapinan Tranquilino on April 3 shows a large crowd composed of overseas Filipino workers (OFWs) who strongly support Duterte. The tents of Roxas with very few people can be seen in the background.

OFWs gathered on Sunday and marched towards the tents with a drum and bugle corps.

Duterte did not attend but the female dance group Mocha Girls and actor Aljur Abrenica were there to entertain the crowd while Roxas personally visited Hong Kong with his wife, veteran broadcast journalist Korina Sanchez, and Robredo.

They brought singer and TV host Gary Valenciano as their entertainer.

The clip, which runs for nearly 2 minutes, amassed over 1.2 million views on Facebook as of 11 a.m. on Wednesday, April 6.

Campaign team members of Roxas cried foul over Facebook posts that their candidate was "demoralized." On the other hand, Duterte supporters said Roxas is experiencing the consequence of his alleged statement earlier that he does not need the votes of OFWs.