By Coolbuster
April 18, 2016newsvideoviral
Mystica is dead. This is according to a death hoax that circulated online after the Filipina singer called presidential aspirant Davao City Mayor Rodrigo Duterte a coward in a new video.

Netizens spotted the fake news article in a comment posted by a certain Eric Nodalia on the Facebook page of GMA News on Monday, April 18.

"RIP Mystica (March 10, 1968-April 18, 2016). Mystica was found unconscious inside her bedroom around 5am this morning and was declared dead on arrival at East Avenue Medical Center. Investigations are still ongoing as to what may have caused the singer-comedienne's sudden demise though her partner gave a statement earlier that Mystica threatened him that she will take her own life due to battling with numerous financial issues. TV5 News" 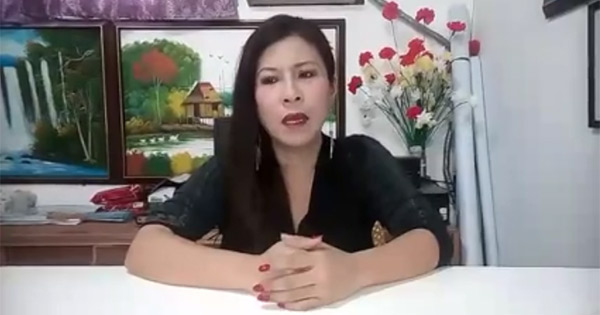 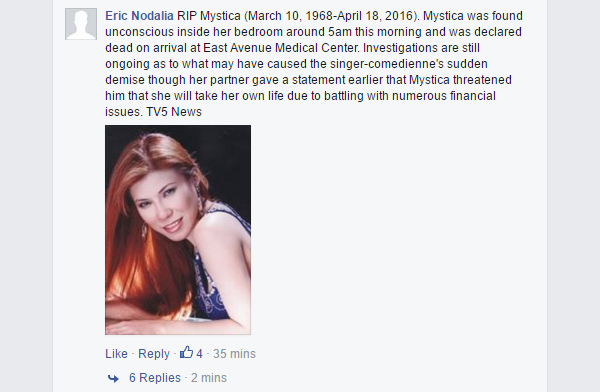 Mystica has been bombarded with harsh criticisms after she verbally attacked Duterte in a viral video, in which the 48-year-old entertainer claimed that she was approached by prominent politicians and offered money to change her stand against the presidential front-runner.

In that clip, she expressed doubt that Duterte can eradicate crime in the whole country in 3 to 6 months if elected president and condemned his plan to implement a curfew.

In the new video, an emotional Mystica explained why she was fuming mad at Duterte. The singer said she is fighting for freedom.