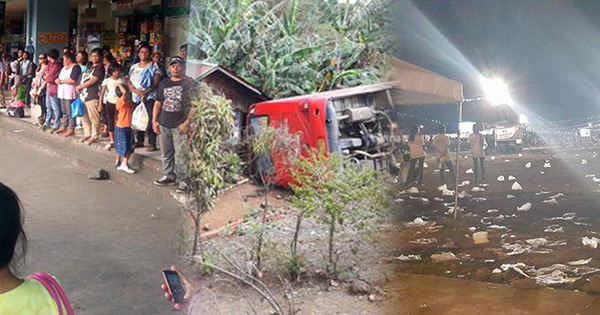 Commuters got stranded at Agora Terminal

Facebook user Pompee La Viña posted the following photo and said, "Passengers waited for hours in CDO because Poe hired hundreds of buses to carry supporters from Bukidnon to Cagayan de Oro City to make it look like she has many supporters in the city." 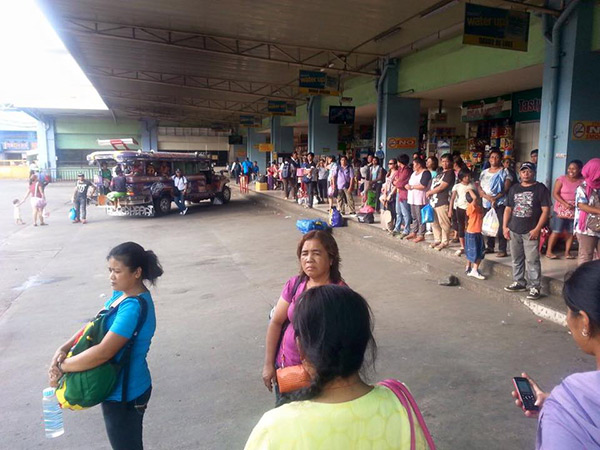 A Rural Transit Mindanao Incorporated (RTMI) bus hired by Poe's camp to fetch her supposed supporters in Bukidnon was involved in a road mishap.

A certain Tamol Casiño‎ posted that one of the chartered buses paid to ferry "supporters" from bukidnon to CDO met an accident along the way. No fatalities were reported but hundreds of passengers were stuck in the CDO terminal due to the shortage of buses.

According to a report aired on TV Patrol Northern Mindanao, the accident happened around 3 a.m. at Purok 5 in Barangay Laguitas, Malaybalay City. The bus, which was part of a convoy of three buses, crashed due to a slippery road caused by heavy rains. The driver and conductor were brought to the hospital and are now in stable condition.

RTMI branch manager Edgar Bacunga confirmed that over 200 buses were hired by Poe's camp to transport her supporters from Misamis Oriental and Bukidnon to CDO. He said the RTMI secured a permit from the Land Transportation Office (LTO) for the purpose.

The supporters were allegedly paid P1,000 each to attend the rally. Because of what happened, netizens dubbed Poe as "Hakot Queen."

Several photos were posted on Facebook showing the scattered garbage left by Poe's supporters after the rally held at the SM City in CDO. According to the Cagayan de Oro City Facebook page, this reflects the kind of leadership Poe brings.

A certain Rolly Pacaldo also posted photos of the garbage. 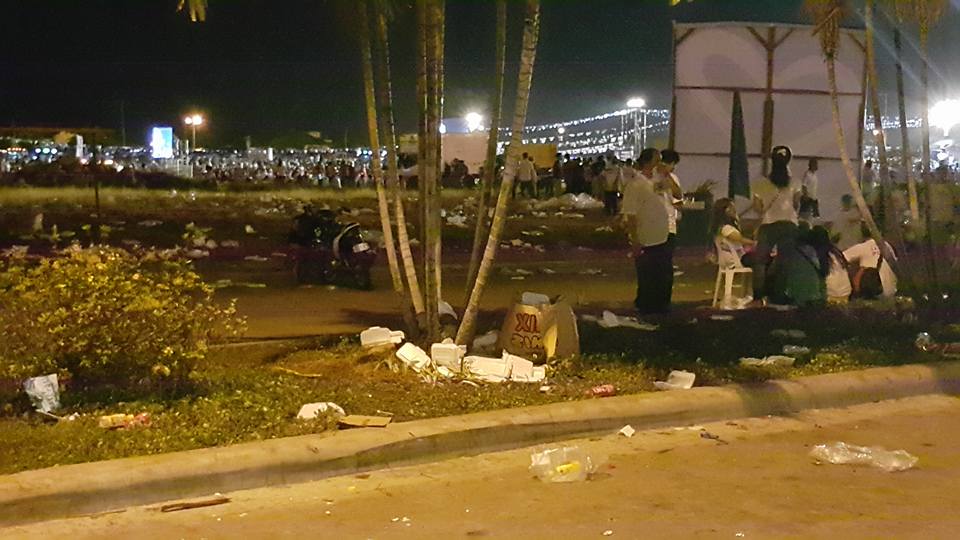 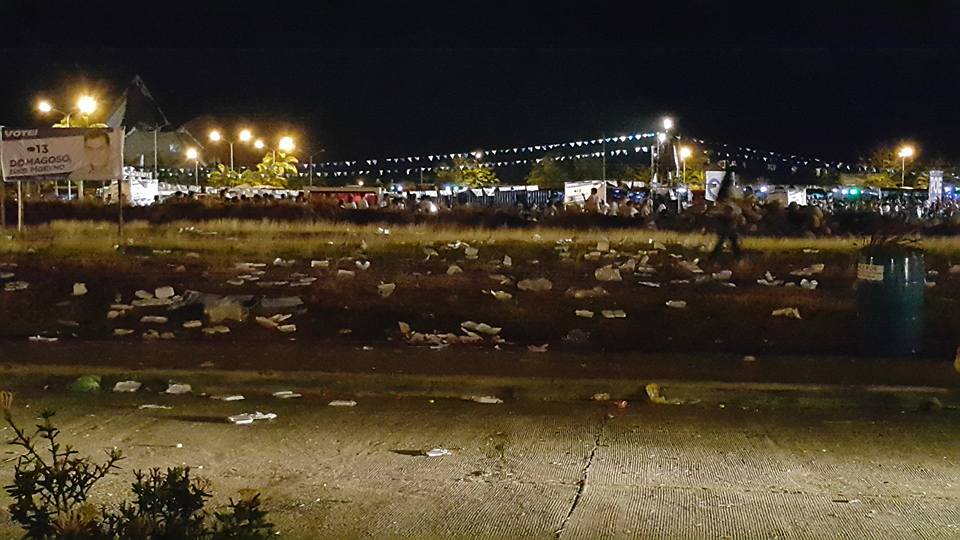 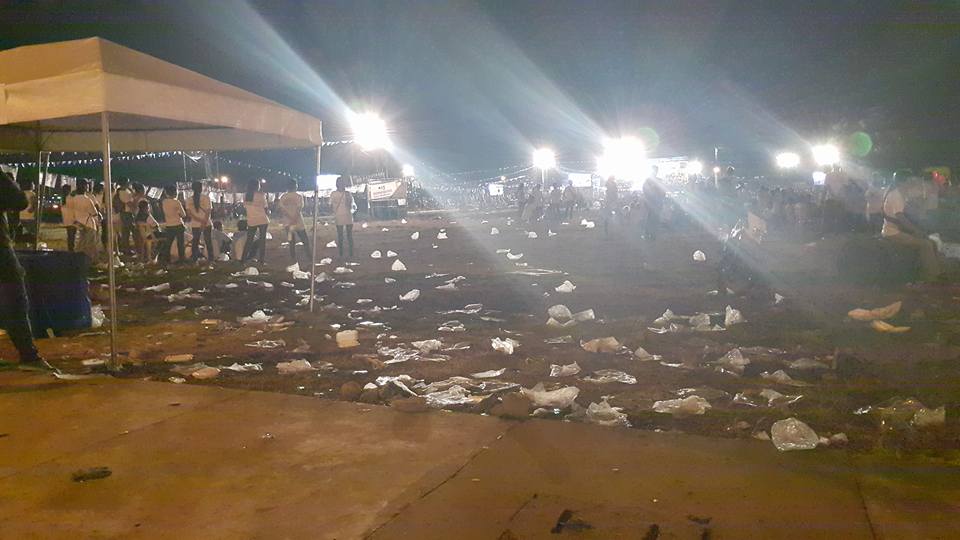 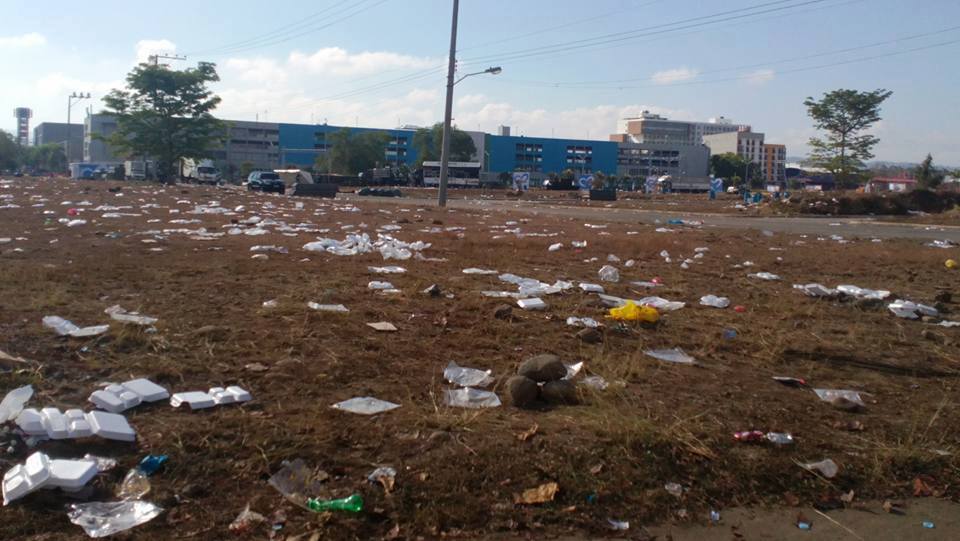 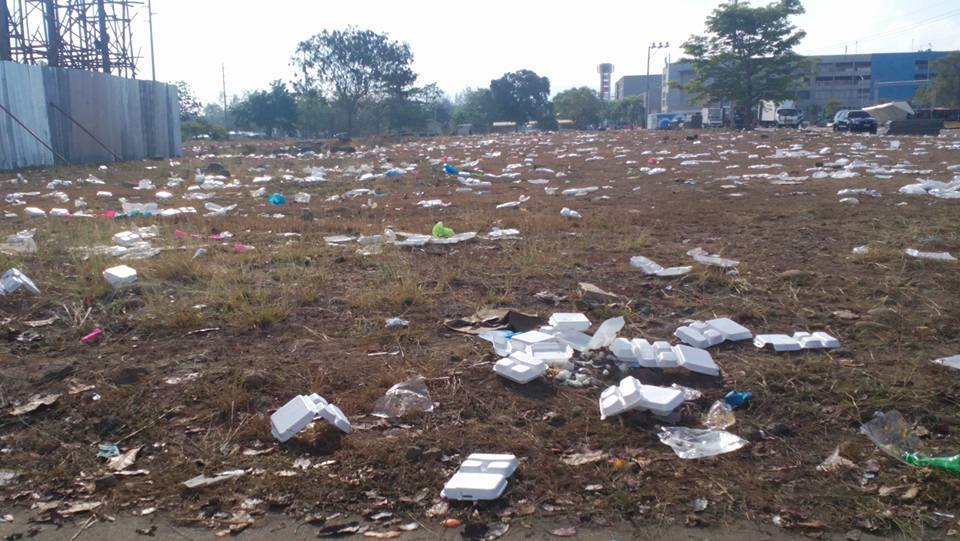