By Admin
April 04, 2016newsphotoviral
Photos of a Duterte supporter who pulled off an "epic photobomb" at a political sortie of presidential candidate Mar Roxas have gone viral.

In one of the pictures, a woman wearing a Duterte t-shirt is seen raising her fist while the Liberal Party's bet is shown in the background posing for a group selfie. 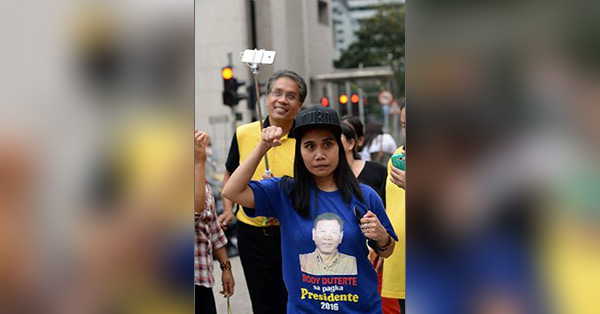 "I admire the BALLS of this woman! hahaha. madam, SALUDO KAMI SAYO! EPIC PHOTOBOMB EVER!!!" his caption reads.

After some Duterte haters said the photo was altered, Orbigo posted, "I doubt this is edited. The shadow lining, the shirt folds, pati lighting, it all makes sense."

He also posted a second photo that shows Tacadao posing closer to Roxas. 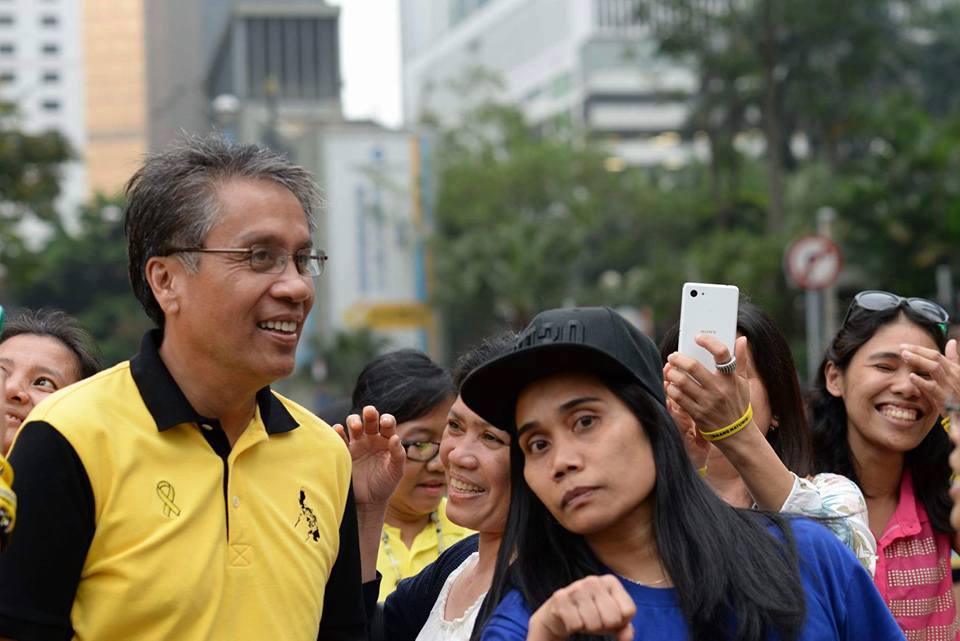 The picture quickly got hundreds of shares and likes on Facebook in less than an hour.