VIRAL: Boy accused of destroying plants 'treated like a criminal'

By Admin
April 09, 2016newsphotoviral
Accused of destroying plants, a 12-year-old boy from Barangay 432 in Sampaloc District, Manila City, has been allegedly treated like a criminal.

Facebook user Angel Cudiamat posted photos of her brother, Angelo, who was brought to the barangay hall after allegedly getting caught in the act of destroying some plants in the nearby Barangay 429. 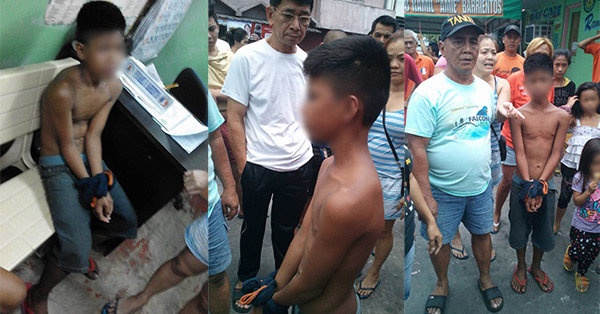 According to Angel, his brother was grabbed, punched in the chest area, and strangled with a shirt by two adult men. She said Angelo was tied up in both hands by a barangay official. The boy got so scared he pee-ed on his denim shorts.

Based on the pictures, it appears that Angelo was also subjected to shaming as he was displayed for public viewing.

Angel is seeking justice for her brother's sorry plight in the hands of his captors.

Netizens who responded to her call to share the photos so it can reach the authorities advised her to file physical injuries and child abuse charges against the involved individuals. 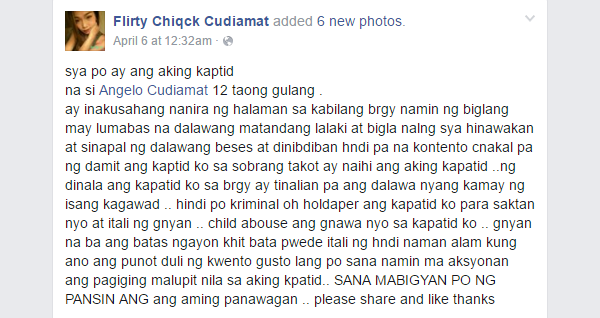