Almario backs Duterte despite being with LP, clarifies support

By Admin
April 22, 2016newspolitics
Vice Governor Mayo Almario, who is running for Congressman of the 2nd District of Davao Oriental, is backing presidential candidate Davao City Mayor Rodrigo Duterte despite being with the Liberal Party. 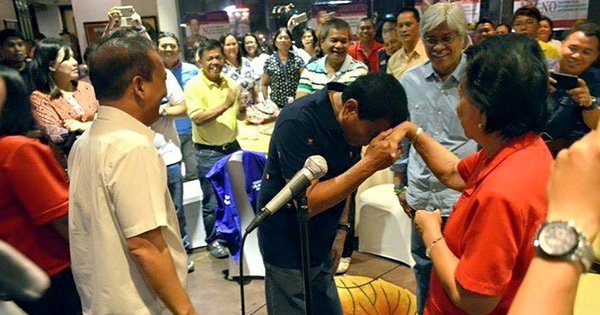 His mother, Congresswoman Thelma Almario, a candidate for Governor, is a member of the Nationalist People's Coalition (NPC) but is also supporting the presidential front-runner.

LP is fielding former DILG Secretary Mar Roxas for president while the NPC has endorsed Senator Grace Poe as its presidential bet. Duterte is from the Partido Demokratiko Pilipino-Lakas ng Bayan (PDP-Laban).

The Almarios are well-loved and supported by voters in the province which is why they are being slammed by political opponents. Amid criticisms, the younger Almario posted an official statement on Facebook to clarify their support for Duterte.

"Clarification to the latest news on our support for Mayor Rodrigo Duterte as the next president of the Republic of the Philippines:

My mother Thelma Z. Almario (TZA) and I have always wanted to have a Mindanaoan as a president to finally convert the island from the land of promise to the land of paradise. The closest the country got was my grandfather Vice President Emanuel Pelaez who was said to be the best president the country never had.

For this 2016 elections, NPC which then was rumored to support Mar Roxas recruited TZA and LP got me. Both of us however made it clear to our parties that Rody Duterte would be our top choice for the presidency should he finally decide to go for it. Our parties understood our stand in view of our being Mindanaoans, moreso coming from the same Davao provinces as Duterte who declared his presidential bid not within the October 12-16 filing of certificates of candidacy but only in December via substitution.

Thus from then on, we have been trying to get an appointment with him but failed to have one due to hectic schedules of both sides, until today April 21 which happens to be TZA's birthday. Our declaration to support him and his strong pronouncement to support us, the Almarios, together with all our candidates in the entire province is a fitting gift not only to the birthday celebrant but to Davao Oriental as well.

Having manifested our full support to Duterte, we do not deem it necessary to abandon our respective political parties as we will still be supporting some of our parties' official candidates for the other national positions. But we will accept whatever reactions our respective parties will have as a result of our joint and collective declaration.

We are elated with our political stand and conviction which has always been consistent from day 1 until the present and upto the end.
We firmly believe that no one is a perfect candidate, but Rody Duterte can spell the difference for Mindanao and subsequently for the country when we elect him as the next president of the Republic of the Philippines."

Almario and Duterte are longtime friends.