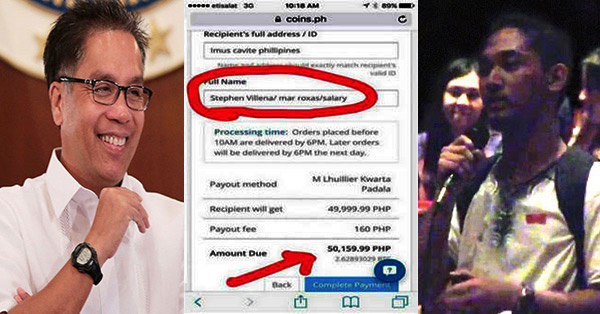 Based on a screenshot that circulated Monday via social media, Villena was allegedly paid P50,159.99 via Coins.ph, a Manila-based mobile financial services platform.

Authenticity of the screenshot has been doubted as it appears that the transaction was incomplete and unverified. 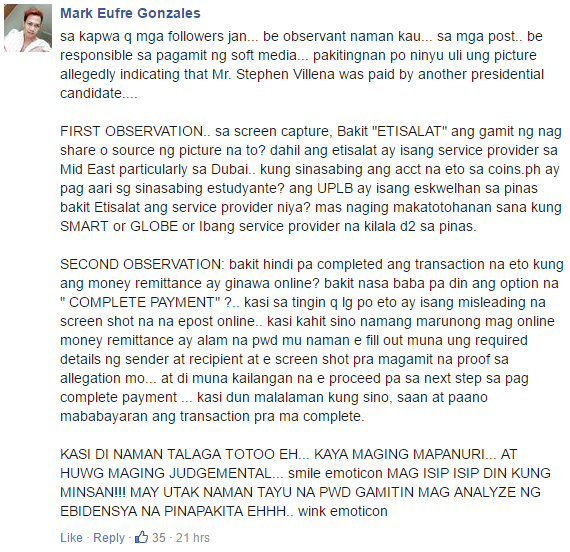 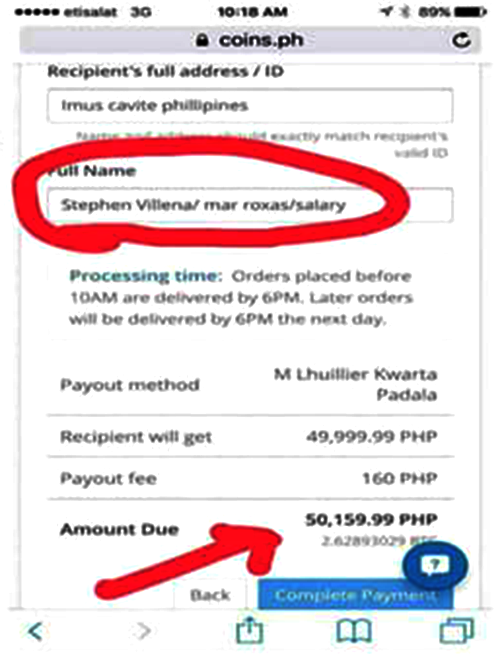 According to some netizens, the "salary" was allegedly given by Roxas to Villena after the latter took part in the Academic Forum on Governance, Transparency, and Social Transformation held at UPLB on March 11, 2016.

It was where Villena raised questions about Duterte's priority regarding the annual budget for education over defense and police modernization (click here to watch the video).

Villena was heavily criticized online for interrupting while Duterte was explaining and for telling the presidential aspirant to give direct answers and to hurry up so he can already go home.

The UPLB student posted an open letter on Facebook to present his side. He, however, was unapologetic.