By Admin
March 13, 2016newsscandalvideoviral
An alleged scandal video featuring Cristine Reyes surfaced amid an issue involving the actress and her "Tubig at Langis" co-star Vivian Velez. 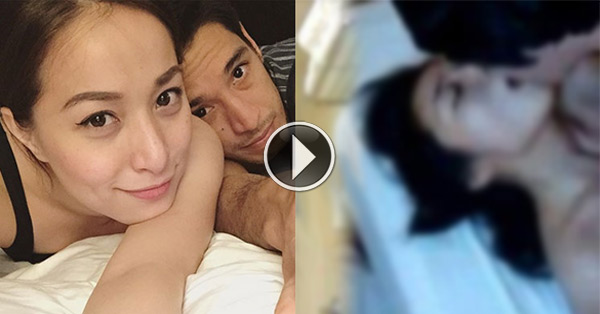 According to reports, the 27-year-old Kapamilya star asked the veteran actress to leave a designated standby room, which they were supposed to share, because she wants it only for her own.

Cristine banged the door, shouted at her, and kept on singing 'Goodbye, Farewell' during their rehearsals, Vivian said.

In an interview, however, Cristine broke her silence and denied that she treated Vivian rudely, saying the latter is a liar. She clarified the issue to protect members of her family who were affected by negative comments.

Vivian has resigned from the program and her character was 'killed', as shown in a photo posted on Instagram recently. An official press statement from the "Tubig at Langis" production team was released thereafter.

It said a "misunderstanding" between the two actresses arose during the previous week. The team took full responsibility of the incident and vouched for Cristine's professionalism.

Over the weekend, a video allegedly showing Cristine in an intimate moment with a guy went viral on Facebook for a short period of time. The lewd clip was immediately reported and removed.

It was not confirmed whether or not the woman in the scandalous video was Cristine but links to related blog posts and fake download sites continued to spread.

Cristine, who is now married to mixed martial artist Ali Khatibi, has not spoken about the alleged video scandal.