By Admin
March 15, 2016Entertainmentnewsvideo
Twenty seven-year-old contortionist Mark Dune Basmayor just passed through the first round of competition, but it’s as if he already won the world-class talent search “Pilipinas Got Talent.”

Because of Mark’s amazing body contortion skills, judge Freddie “FMG” Garcia chose him as his Golden Buzzer act this season, which means he will now automatically proceed to the semi-finals.

Mark Dune’s luck didn’t stop there because Vice Ganda, upon learning that he and his girlfriend want to get married before she gives birth to their first child, said that he will pay for their wedding, including the reception.

The lucky PGT hopeful, who juggles multiple jobs in hopes of providing his soon-to-be family a good life, tearfully thanked the judges for their kind words and gesture. 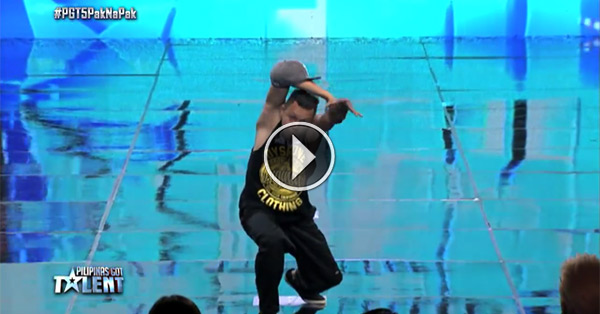 “Pilipinas Got Talent” airs every Saturday right after “MMK,” and every Sunday after “Rated K” on ABS-CBN.