By Admin
February 04, 2016newsvideo
A 61-year-old woman suspected of practicing witchcraft has been shot to death in front of her grandchildren in Labo town in Camarines Norte.

According to a news report aired on the morning show Umagang Kay Ganda, two shotgun bullets hit the head of the victim identified as Rosita Amado.

Her two grandchildren were able to escape the attack and reported to the barangay, which led to the arrest of the suspect named "Bruno." The suspect's father, Diosdado Balce, insisted that his son has nothing to do with the crime and that he has a mental problem.

The motive is unclear but there has been word that Amado was killed because of gossips about her being. Labo Municipal Police Station chief Supt. Geoffrey Fernandez said the victim was a healer and at the same time rumored to be a sorceress.

Amado's son and their neighbors refuted the rumor and said the victim's livelihood were planting and mat-making.

The suspect has been charged with murder.

Amado's family appealed to the public to stop spreading wrong information about their loved one. 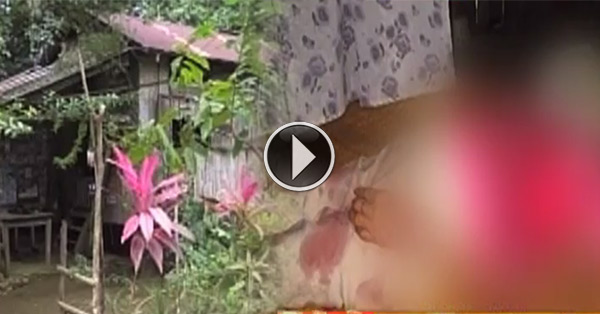